AVENGERS VS X-MEN TP VS AVX 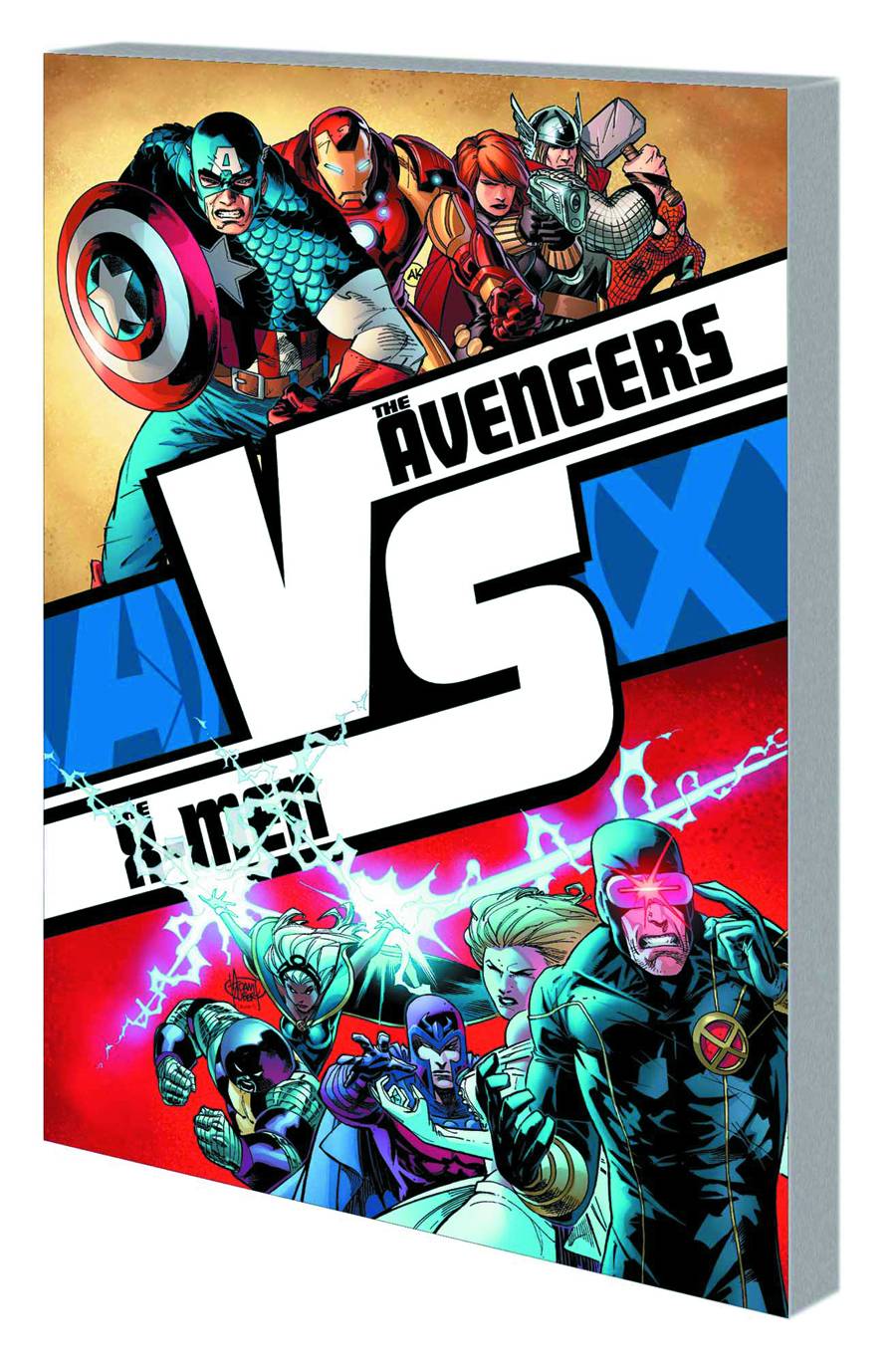 #
JAN130772
(W) Various (A) Various (CA) Adam Kubert
The Avengers vs. X-Men event spills over into the all-action AVX: VS - offering extended, blow-by-blow accounts of fan-favorite matchups as chronicled by an incredible array of comic-book talent! It's the ultimate grudge match as Thing grapples with Namor! Sparks fly as Iron Man clashes with Magneto! Love hurts as Black Panther battles Storm! Explosive energies meet unbreakable shield as Gambit faces Captain America! Chaos erupts as Hope butts heads with the Scarlet Witch! Thrill to these bouts and more, served up by a titanic tag-team of Marvel's biggest writers and artists. It's Avengers vs. X-Men - 'nuff said! Plus: The X-Babies face the A-Babies in the tie-in to end all tie-ins! Collecting AVX: VS #1-6 and A-BABIES VS. X-BABIES #1.
In Shops: Apr 03, 2013
SRP: $24.99
ORDER WISH LIST