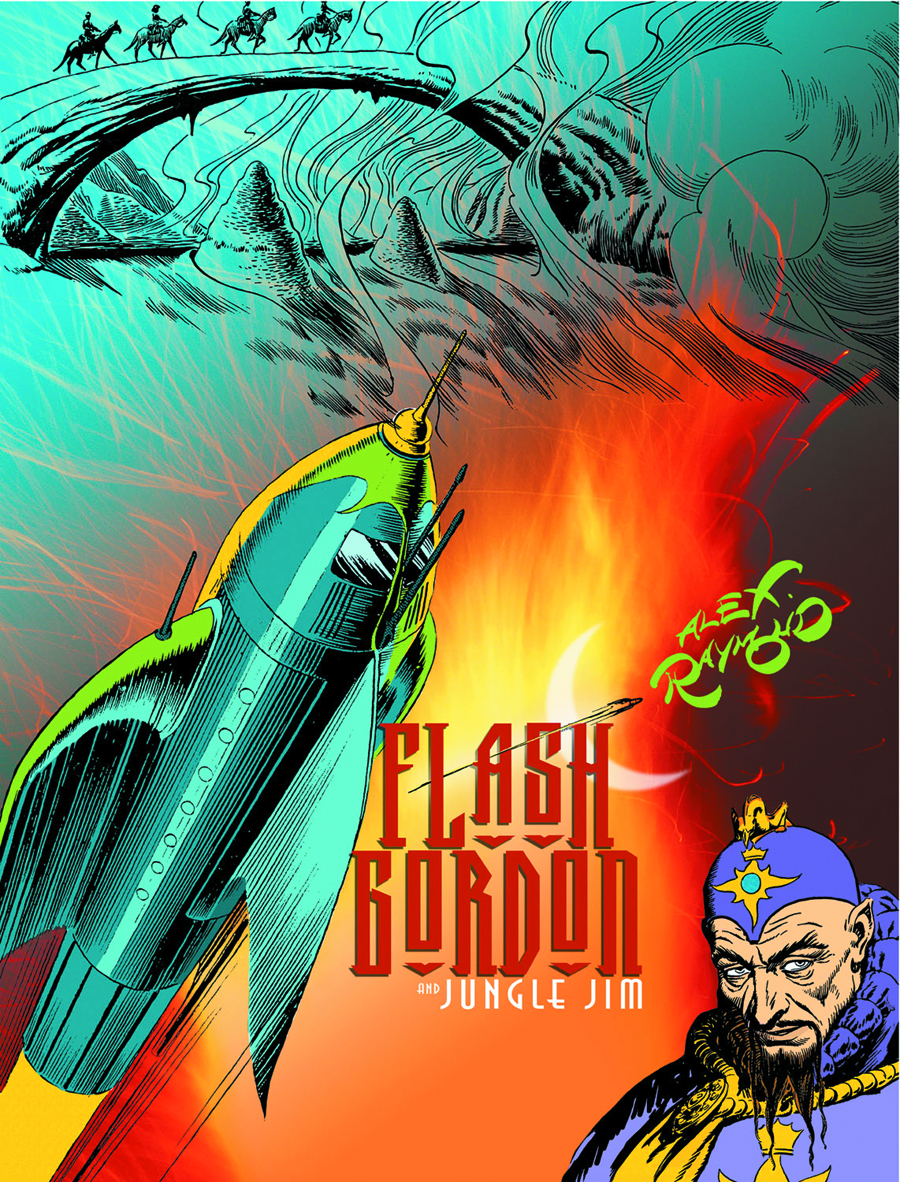 JAN130462
(W) Alex Raymond (A/CA) Alex Raymond
The third volume of the Definitive Flash Gordon & Jungle Jim includes every Alex Raymond Sunday from March 12, 1939 through the end of 1941.
Flash, Dale Arden, and Dr. Zarkov have a lengthy adventure with Fria, the stunning Snow Queen of Frigia; Dale is captured by Ming's secret service, culminating in a fight to the finish between Flash and the merciless tyrant. Meanwhile, when radio signals from Earth find their way to Mongo, Flash and company must decide-do they stay on Mongo or return home to help overthrow "The Dictator"?!
In the introduction by Bruce Canwell, Joe Kubert tells of being a 12-year-old making his first-ever trip out of Brooklyn to visit Alex Raymond at his Connecticut home! Plus, Howard Chaykin discusses the influences on Raymond's drawing style. Edited by Dean Mullaney, and designed by Lorraine Turner.
In Shops: May 29, 2013
SRP: $75.00
View All Items In This Series