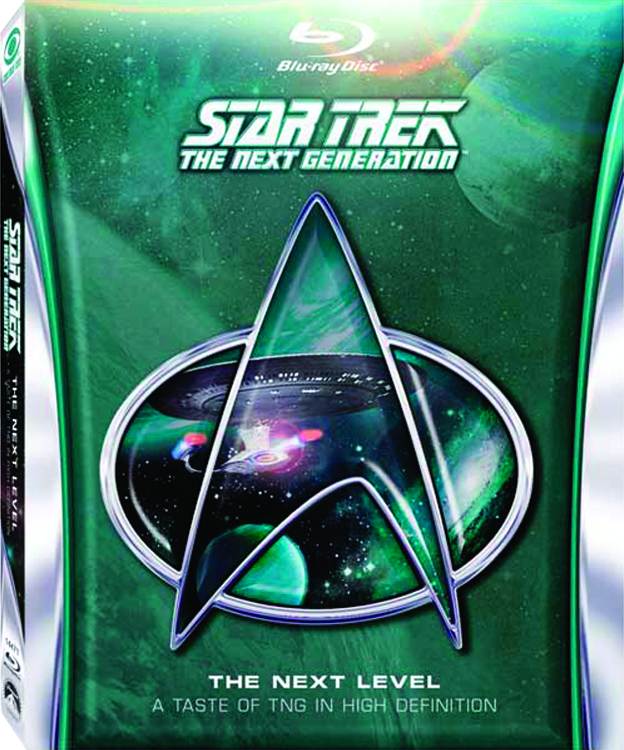 JAN122133
Star Trek: The Next Generation will be released in high-definition Blu-ray, starting with this sampler of several popular episodes, followed by a season-one set to be released later on in 2012. Each of the 178 episodes spanning The Next Generation's seven seasons will be transferred to true high-definition 1080p for release in the Blu-ray format. Set in the 24th century, the exploits of the U.S.S. Enterprise continue as it explores the universe, seeking new life and new worlds. The Next Level collects "Encounter At Farpoint," "Sins of the Father," and "The Inner Light."