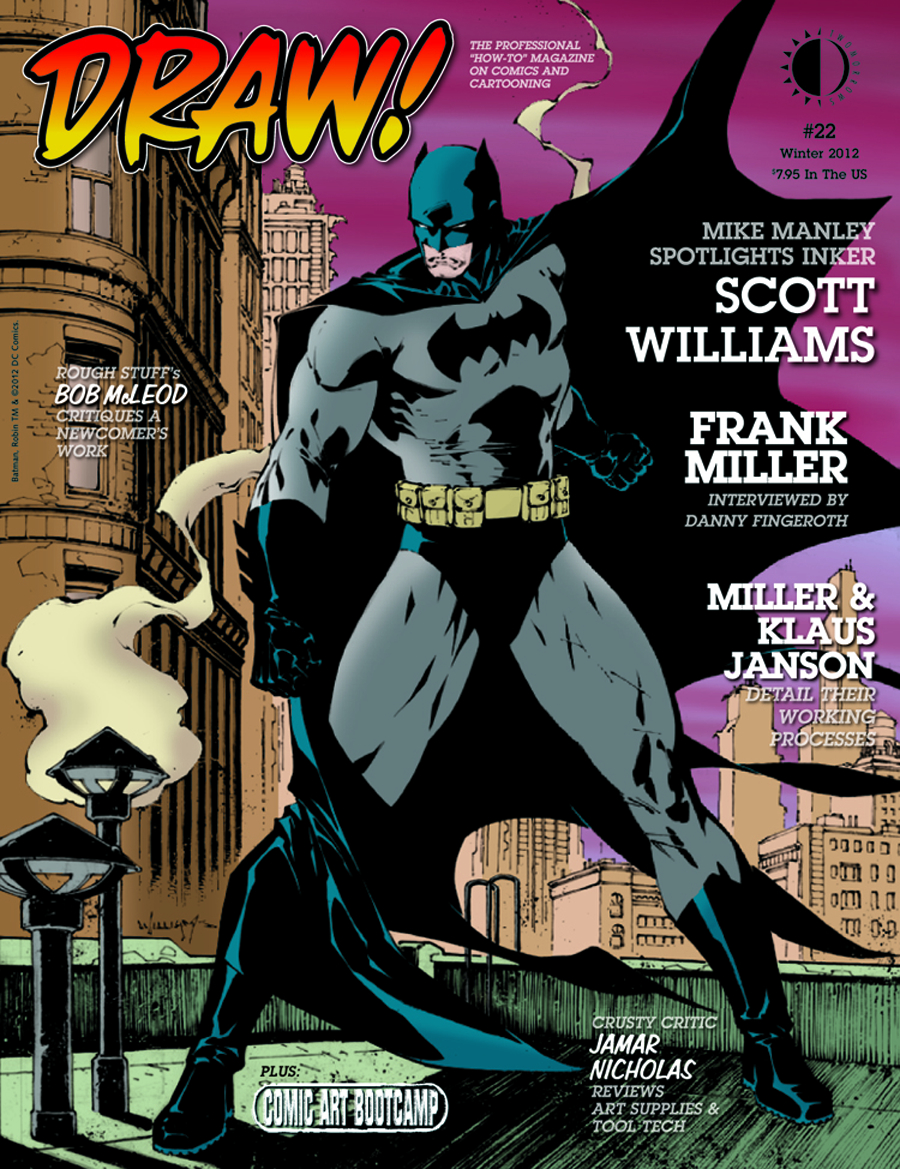 JAN121376
Draw! #22 presents an in-depth interview with one of the top inkers of the modern age, Scott Williams! From his days at Marvel and Image, to his work with Jim Lee on such pivotal series as Batman: Hush, Scott discusses his working process with editor Mike Manley, and shows he's an accomplished solo artist in his own right (as evidenced by this issue's striking cover). Then, Danny Fingeroth interviews superstar artist Frank Miller about his career and working methods, including samples of Miller and Klaus Janson's working process, showing examples of their work from thumbnails and pencils to finished inks.