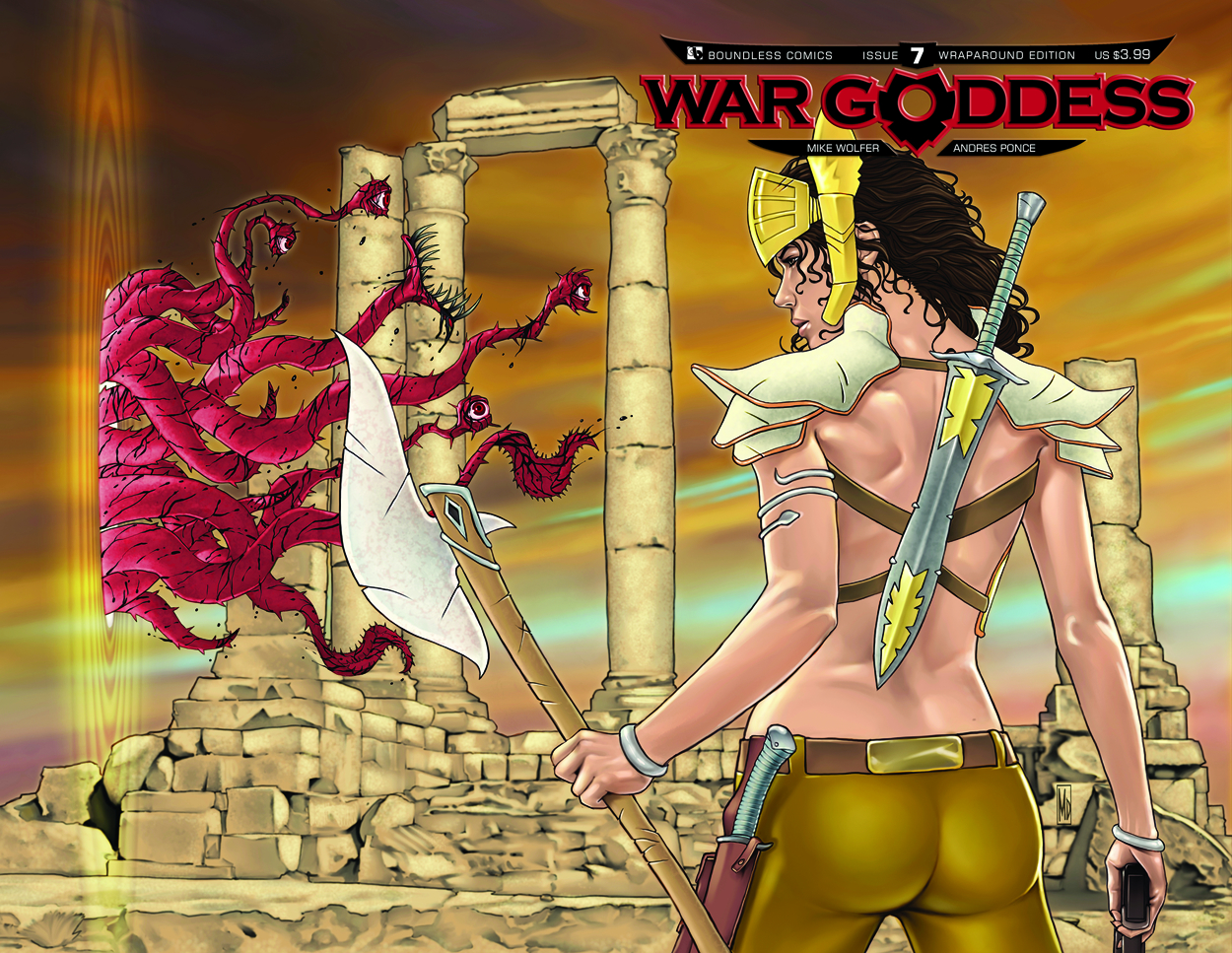 Pandora's excursion to the Greek islands on the trail of the dark matter which has invaded our reality has gone from "fact-finding mission" to "all-out war"! Free from her centuries-long imprisonment, the Gorgon Satheeno's vile thirst for vengeance has drawn Pandora into an intricate and deadly web of deceit from which she cannot escape. Face-to face with the mythical powers of an enemy who's gaze can turn her victims to stone, Pandora must also battle against the slashing claws of the monstrous Harpies, Ello, the Harpie queen and Theronia, the goddess of the hunt. Alone against such a collection of supernaturally-powered foes, Pandora cannot possibly survive, but one of their number is guarding a closely-held secret, a personal grudge against the War Goddess which might ironically save her life.  Available with a Regular or Gore cover by Matt Martin, as well as a Wraparound and a special Art Nouveau Retailer Order Incentive by painter Michael Dipascale!