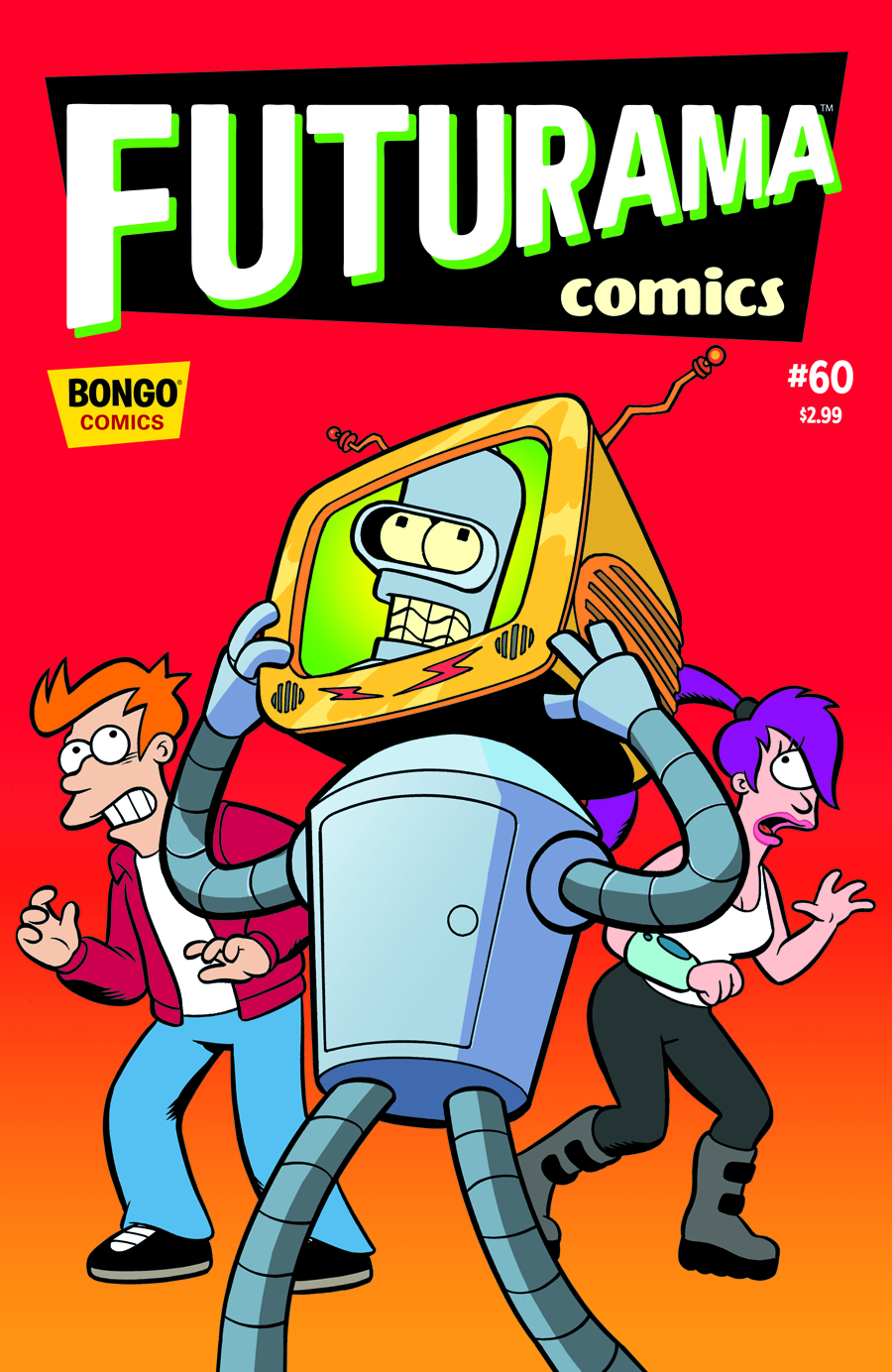 JAN120924
(W) Ian Boothby (A) James Lloyd (CA) Jason Ho, Andrew Pepoy
Bender becomes the star of a hit TV show on which he terrifies the public with predictions about the imminent end of the world. Meanwhile, Fry and Leela work off an amusement park debt as carnies on the moon. And when a real threat to Earth appears on the horizon, Bender and the Planet Express crew must warn a wary and weary populace that has braced itself for disaster one too many times.