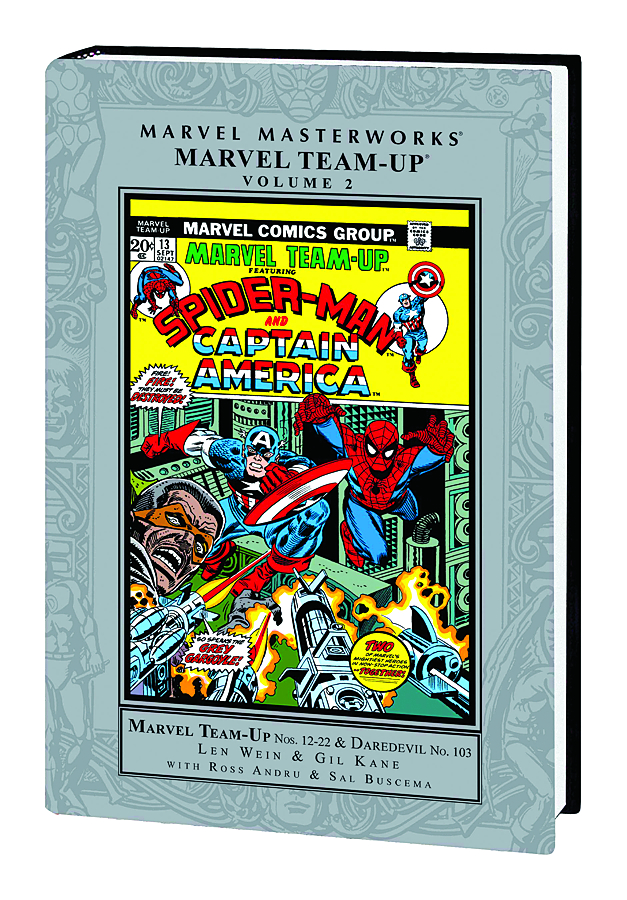 JAN120725
(W) Len Wein, Gerry Conway (A) Gil Kane, Ross Andru, Sal Buscema (CA) John Romita Sr.
Written by LEN WEIN
with GERRY CONWAY & STEVE GERBER
Penciled by GIL KANE with ROSS ANDRU,
SAL BUSCEMA & DON HECK
Cover by JOHN ROMITA
Spider-Man has never had the best luck with friends and when you're teamed-up with buddies like Ghost Rider and Jack Russell, the Werewolf by Night-well, who needs enemies? Yes, that's right, it's time for another webslinging Marvel Team-Up Masterworks! Spidey is joined by an unmatched who's who of the Marvel U. From Captain America, the Sub-Mariner, Mr. Fantastic and Captain Marvel to Ka-Zar, Black Panther, Dr. Strange and Hawkeye, it's a feast of super heroic proportions for every action/adventure addict. You'll experience a cross-country course of battles from San Fran to NYC against the Grey Gargoyle, the unnerving Orb, Mole Man, Stegron the Dinosaur Man, Quasimodo, and Xandu, who returns for the first time since his Lee/Ditko debut. And just for good measure, Human Torch and the Hulk pair up against Blastaar the Living Bomb Burst! Collecting MARVEL TEAM-UP (1972) #12-22 & DAREDEVIL (1964) #103