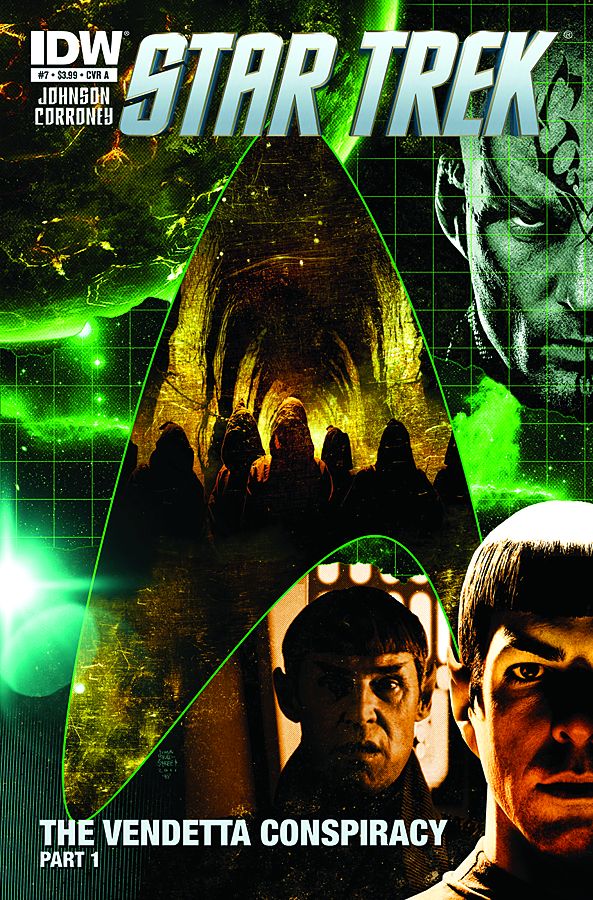 JAN120467
(W) Mike Johnson (A) Joe Corroney (CA) Tim Bradstreet
The adventures of the new crew of the Enterprise continue in this all new two-part story that takes place soon after the events of the last film! While Vulcans struggle to survive in the wake of their homeworld's destruction at the hands of rogue Romulans, and some Vulcans believe that the logical response can be summed up in one word: revenge! STAR TREK writer/producer Roberto Orci oversees this original story set in the timeline leading up to the blockbuster film sequel!