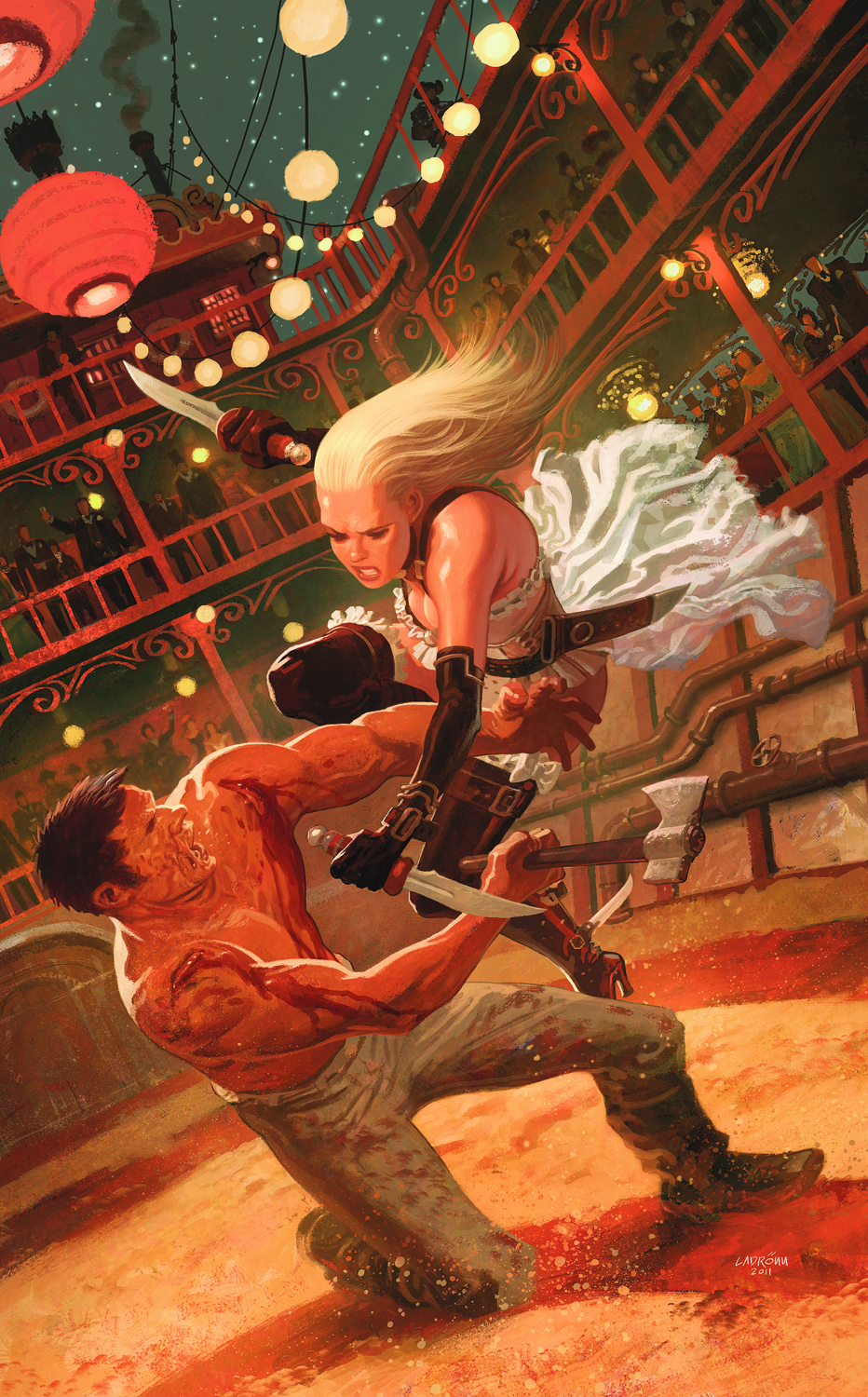 JAN120277
(W) Justin Gray, Jimmy Palmiotti (A) Moritat, Patrick Scherberger, Dan Green, Terry Austin (CA) Jose Ladr?nn
Jonah Hex tracks the kidnapper Thurston Moody to New Orleans in pursuit of his bounty. But he and Amadeus Arkham find New Orleans under attack by the August 7, a group of anti-immigrant, steampunk terrorists. Only the renowned Nighthawk and Cinnamon stand between the terrorists and the immigrant workforce of this city. Hex consents to put the bounty aside (for the moment) to help his friends and finds himself in a battle to the death! Plus: Some of the best love stories are tempered with revenge, especially in the case of Nighthawk and Cinnamon.