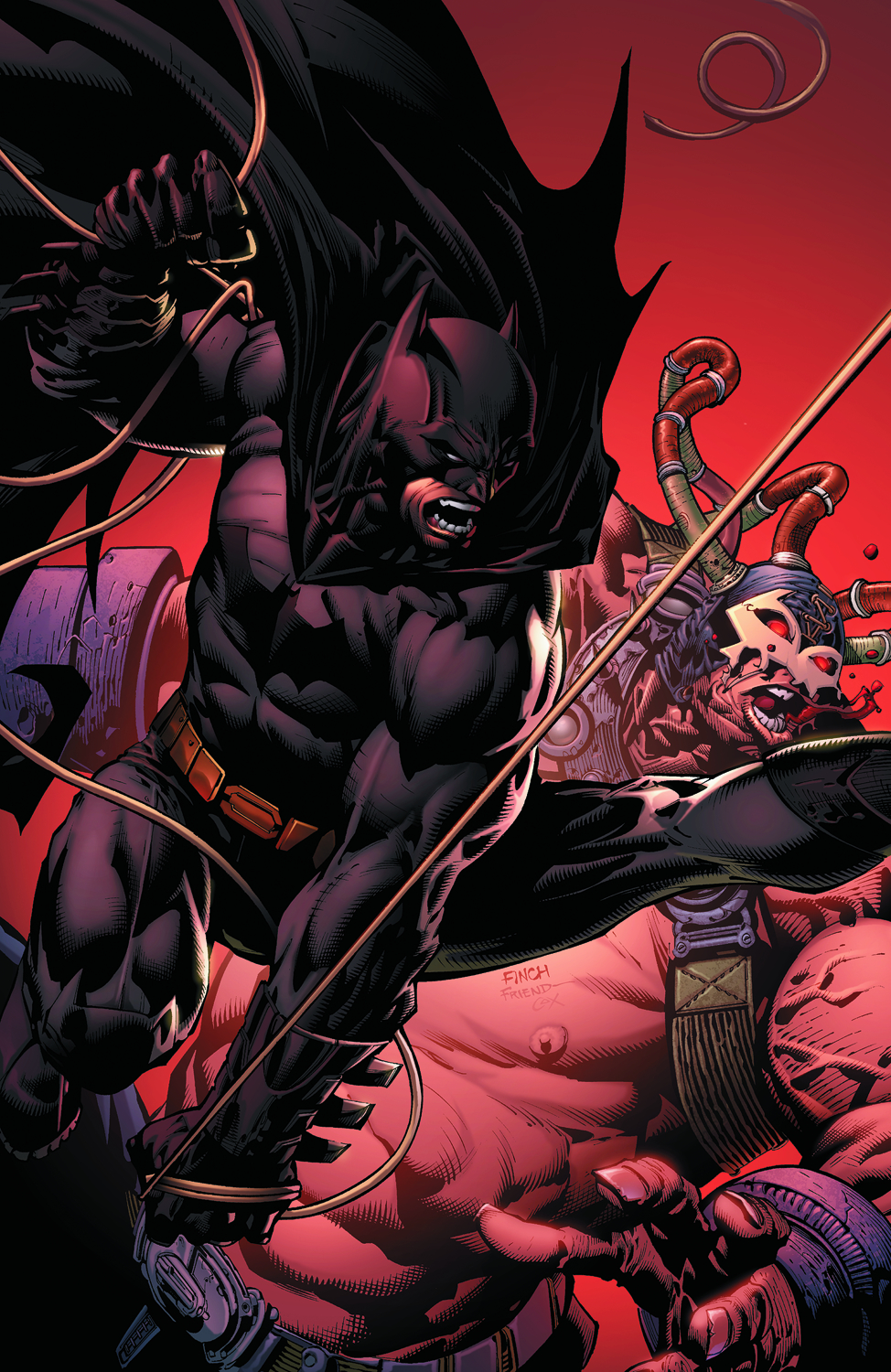 JAN120242
(W) Paul Jenkins, David Finch (A/CA) David Finch, Richard Friend
You've never seen Bane versus Batman like this before! Since the start of this best-selling series, Bane has been dragging The Dark Knight through a twisted terrain of horror and fear - but two can play that game! Don't miss this shocking issue as Batman pushes himself further than ever to fight against his deepest demons. And what happens to The Flash and Poison Ivy? Pick up BATMAN: THE DARK KNIGHT #7 to find out!