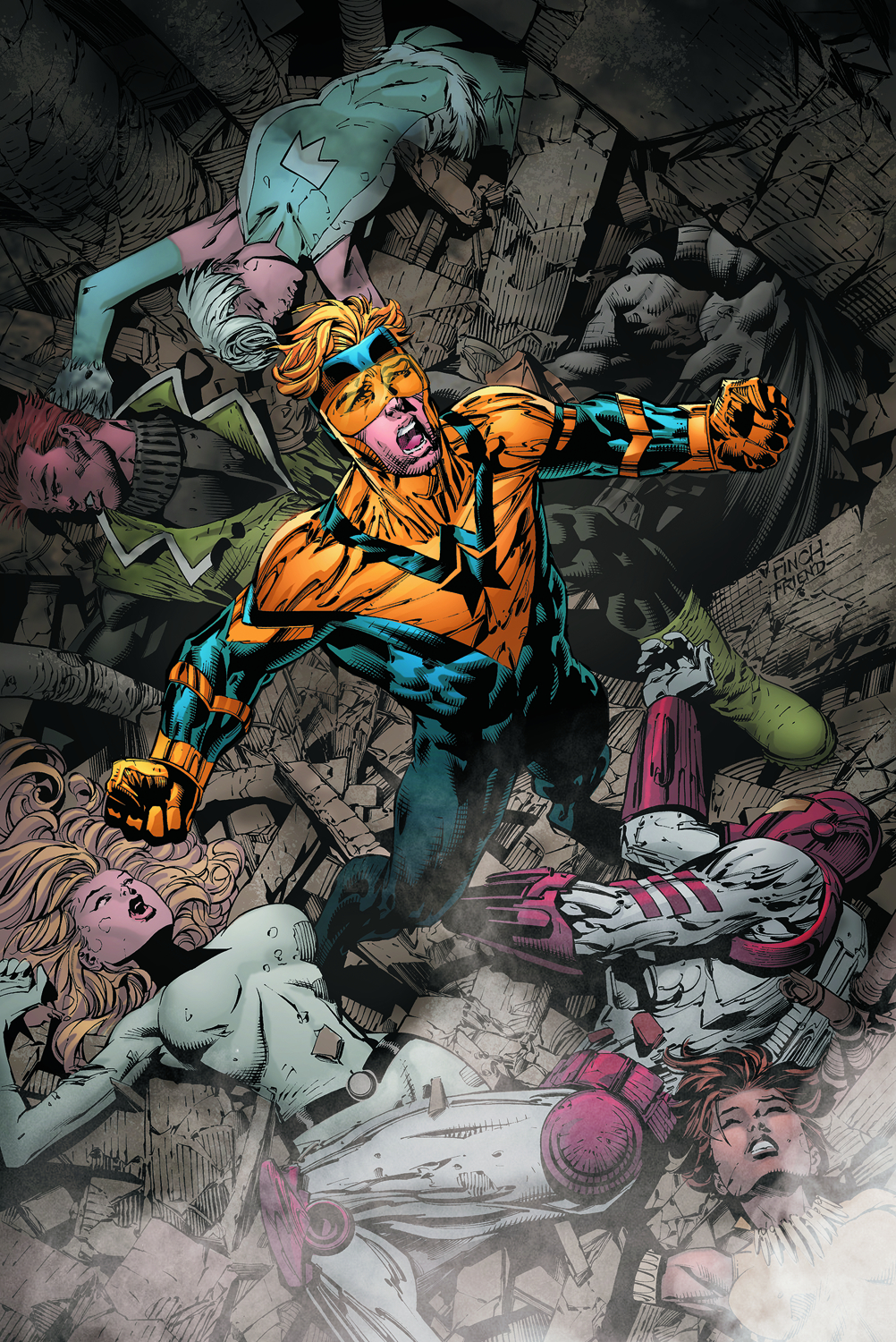 JAN120214
(W) Dan Jurgens (A) Aaron Lopresti, Matt Ryan (CA) David Finch, Richard Friend
With the Signal Men defeated and Earth saved from certain annihilation, the members of Justice League International expected to bask in glory and appreciation. Such is not the case as a new threat, one far more dangerous than anyone dared suspect, emerges and attacks with dire results, forever altering the team and sending it in a bold, new and unexpected direction.