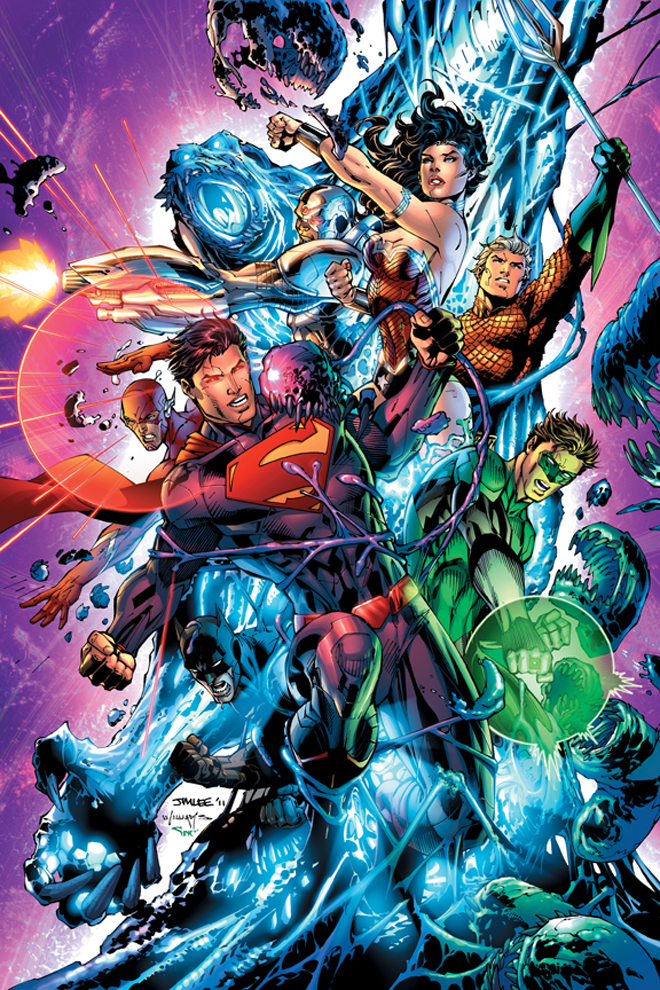 JAN120213
(W) Geoff Johns (A) Gene Ha, Gary Frank (CA) Jim Lee
Now that the team's origin story is complete, starting with this issue we shift to the present-day Justice League! What has changed? Who has joined the team since? Featuring artwork by Gene Ha, the story also reintroduces the team's greatest champion: Steve Trevor!
Also starting in this issue: "The Curse of Shazam!" featuring a story by Geoff Johns and art by Gary Frank! Discover Billy Batson's place in DC Comics - The New 52 as we reveal his all-new origin story!
This issue is also offered as a special combo pack edition, polybagged with a redemption code for a digital download of this issue.