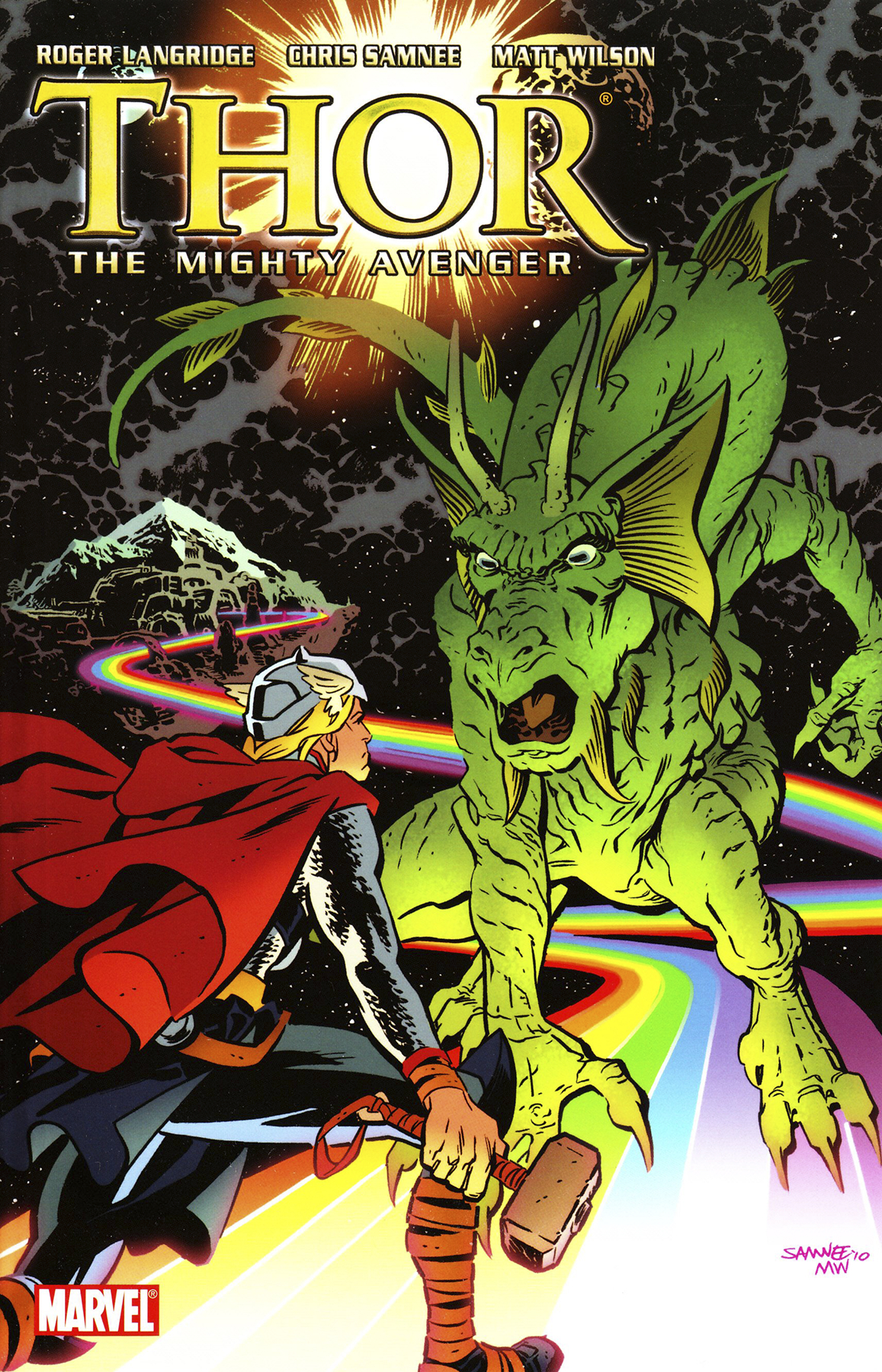 JAN110840
(W) Roger Langridge (A/CA) Chris Samnee
Written by ROGER LANGRIDGE
Penciled by CHRIS SAMNEE
Cover by CHRIS SAMNEE
Harvey Award-winner Roger Langridge and Chris Samnee continue their epic reimagining of the God of Thunder as Thor tests his might against the strange and powerful Sub-Mariner; uncovers the mystery of why he was thrown from Asgard, but has his efforts sidetracked by the awesome engine of destruction known as Fin Fang Foom; does battle with raging robots; and fights side-by-side with Iron Man, for the very first time! Pick up the book that ComicBook Resources.com says is "quite possibly the best new super-hero title of the year and is exactly what any lover of super heroes should be reading." Plus: Relive classic early adventures of Thor from the inimitable team of Stan Lee and Jack Kirby! Collecting THOR THE MIGHTY AVENGER #5-8 and JOURNEY INTO MYSTERY #85-86.
128 PGS./Rated A