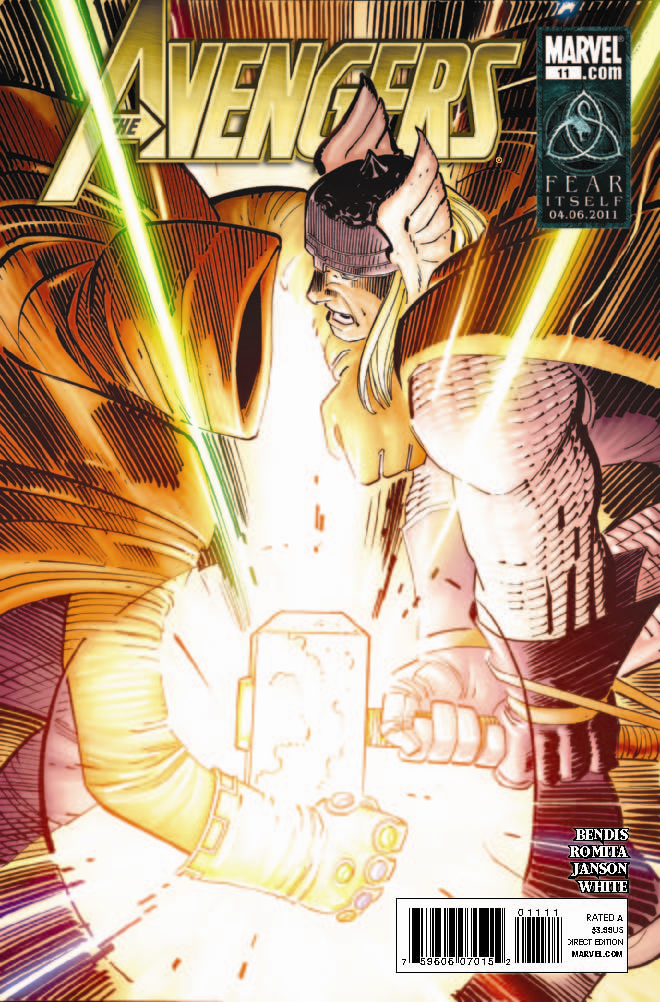 JAN110694
(W) Brian Michael Bendis (A/CA) John Romita
Written by BRIAN MICHAEL BENDIS
Pencils & Cover by JOHN ROMITA JR.
Captain America 70th Anniversary
Variant Cover by ALAN DAVIS
The Infinity Gauntlet is in the hands of the most dangerous human being on the planet. But what can the Avengers do against a power greater than anything known on Earth? Another explosive chapter in this epic Avengers event by Bendis and Romita Jr. featuring the debut of a brand-new cosmic character that you won't want to miss!! Plus: another illustrated chapter of the oral history of the Avengers!
32 PGS./Rated A