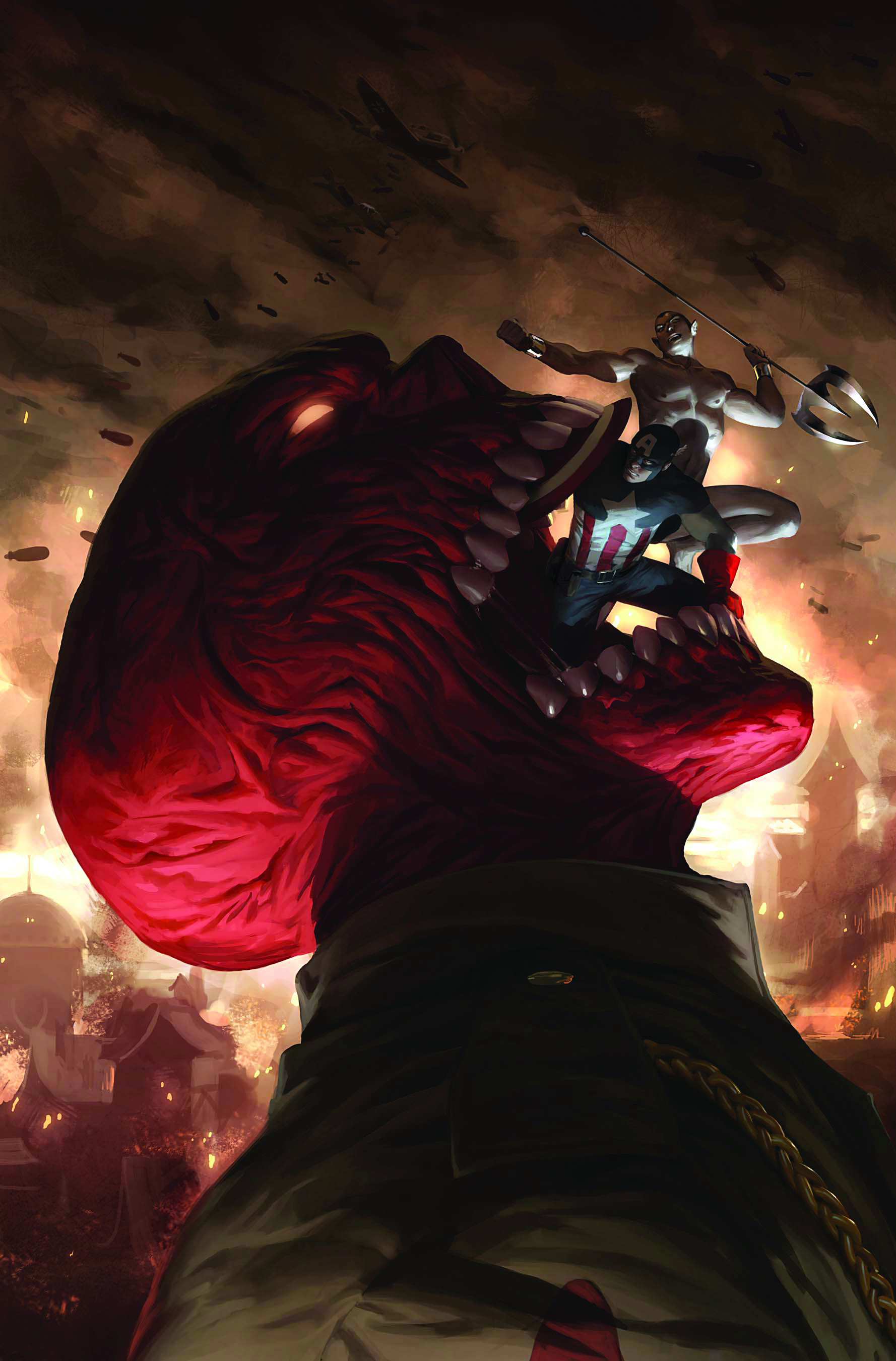 JAN110692
(W) Ed Brubaker (A) Scot Eaton (CA) Marko Djurdjevic
Written by ED BRUBAKER
Pencils by SCOT EATON
Cover by MARKO DJURDJEVIC
Variant Cover by Joe Quesada
All the Red Skull's terrible secrets and plans are in the hands of his evil?daughter, Sin, who's intent on outdoing her father... Now find out about the Skull's most-dangerous World War II mission, that he risked everything for...and how it's going to tear the Marvel Universe apart today.  FEAR ITSELF starts here...in the darkest secrets of the past!
32 PGS./Rated T+