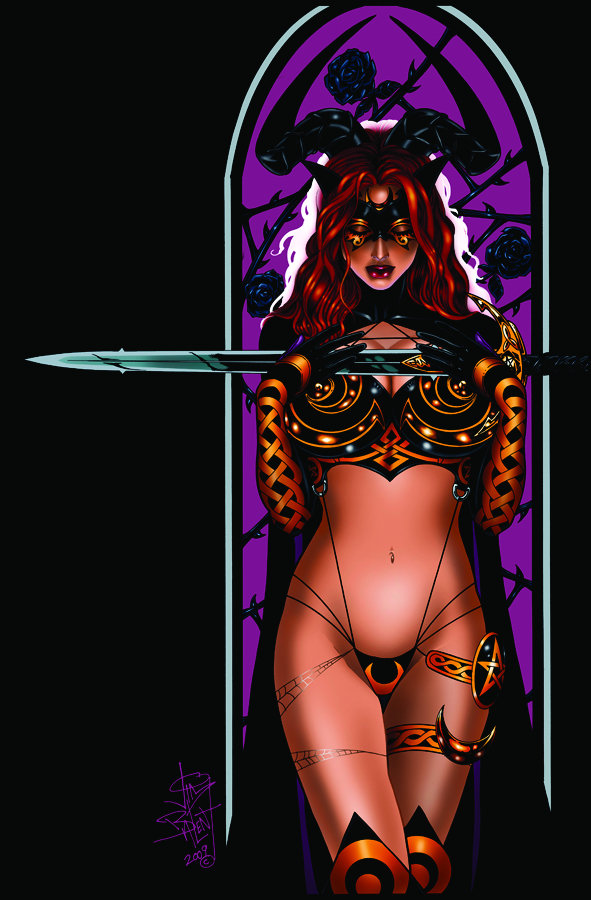 JAN100848
(W) Jim Balent (A/CA) Jim Balent
(W/A) Jim Balent
"The Swordmaiden," Part 1. Celebrate the tenth anniversary of Tarot: Witch of the Black Rose with this in-depth telling of her Origin and how she became the Swordmaiden to the Goddess. Dark forces cross her path. A Coven rejects her. A Sister stands defiant. A Mother sentences her daughter to Death. And this is only the beginning!