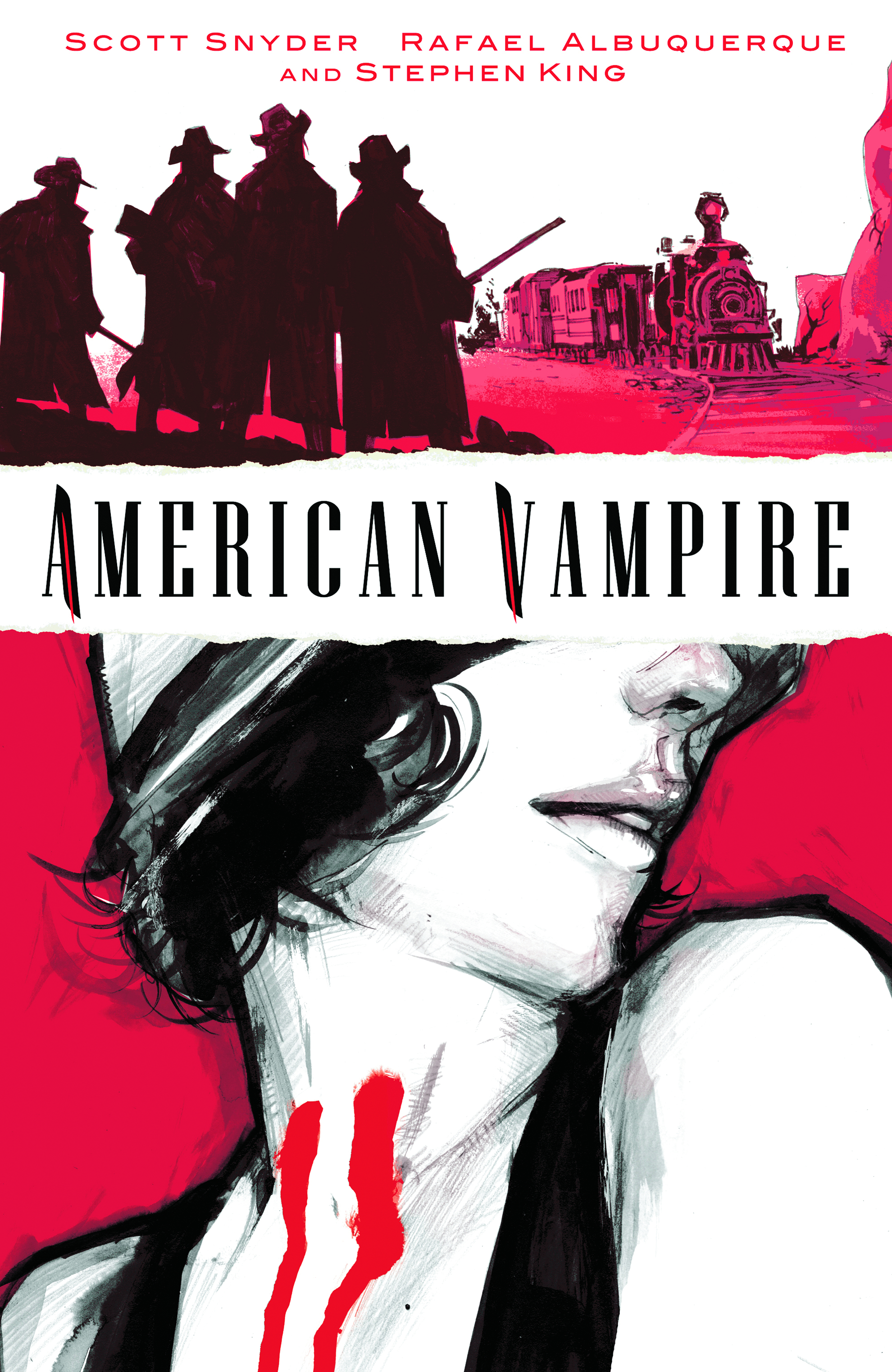 JAN100344
(W) Scott Snyder (A/CA) Rafael Albuquerque
Written by SCOTT SNYDER & STEPHEN KING
Art and cover by RAFAEL ALBUQUERQUE
1:25 Variant cover by JIM LEE
Witness the birth of a brand new species of vampire in this new ongoing series that begins with five extra-sized issues featuring back-to-back stories by exciting new writer Scott Snyder and the master of horror himself, Stephen King! When notorious outlaw Skinner Sweet is attacked by an old enemy (who happens to be a member of the undead), the first American vampire is born... a vampire powered by the sun, stronger, fiercer, and meaner than anything that came before. Plus... Pearl Jones is a struggling young actress in 1920s Los Angeles. But when her big break brings her face-to-face with an ancient evil, her Hollywood dream quickly turns into a brutal, shocking nightmare.
Retailers please note: This issue will ship with two covers. Please see the Previews Order Form for more information.