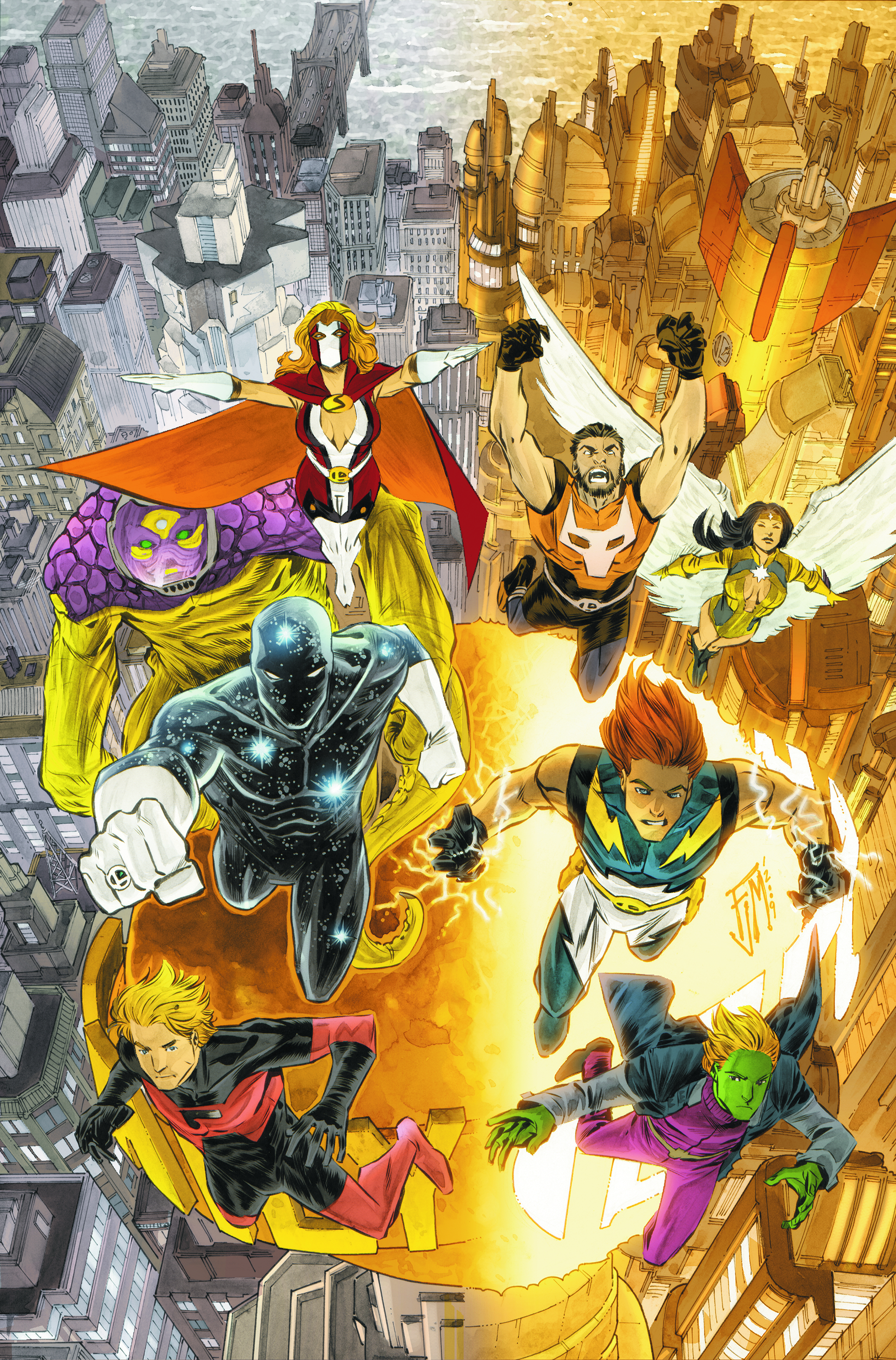 JAN100253
(W) Sterling Gates, James Robinson, Eric Trautmann (A) Pier Gallo, Julian Lopez, Travis Moore (CA) Brian Buccellato, Francis Manapul
Written by JAMES ROBINSON & STERLING GATES
Co-Feature written by ERIC TRAUTMANN
Art by JULIAN LOPEZ, TRAVIS MOORE and JULIO FERREIRA
Co-feature art by PIER GALLO
Cover by FRANCIS MANAPUL
1:10 variant cover by  AARON LOPRESTI
Prelude to this spring's Superman event "Last Stand On New Krypton"
Starting way back in "The Lightning Saga," various clues have been planted about a group of Legionnaires undercover in the 21st century. Who are they and why are they here? And what does their mission have to do with the fate of New Krypton? James Robinson (SUPERMAN) and Juli n L pez (WORLD'S FINEST) may have an answer or two! Meanwhile, in a tale of the 31st century by Sterling Gates (SUPERGIRL) and Clayton Henry (ADVENTURE COMICS), the Legion of Super-Heroes infiltrates a hidden Legion of Super-Villains base! The horrifying plans Brainiac 5 discovers inside will alter Superman's life - FOREVER! Plus, in the co-feature by Eric Trautmann (ACTION COMICS) and newcomer Pier Gallo, learn more about General Lane's Human Defense Corps - Earth's best line of defense against the looming Kryptonian threat!
Retailers please note: These issue will ship with two covers each. Please see the Previews Order Form for more information.