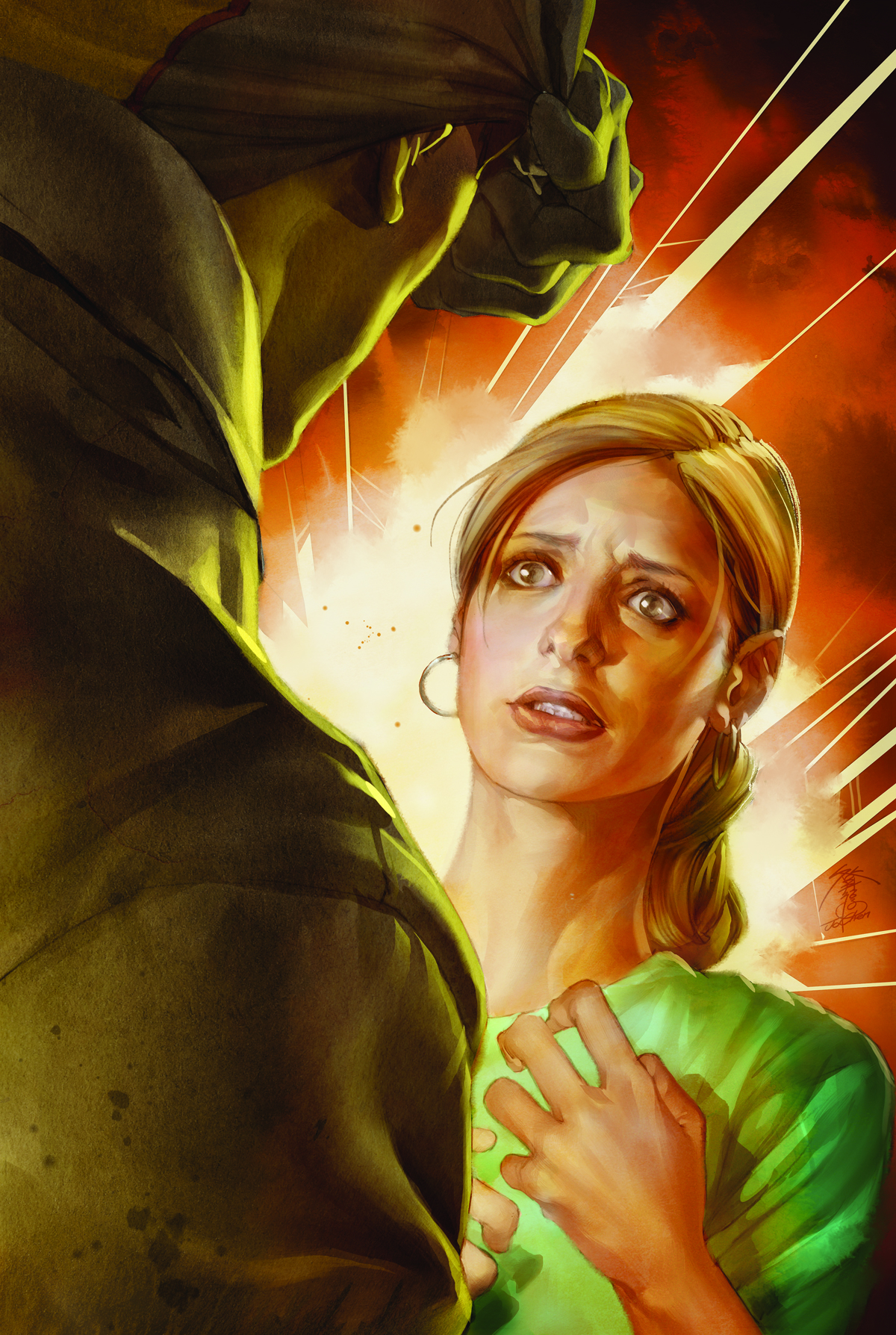 Acclaimed novelist and comics writer Brad Meltzer (The Book of Lies, Identity Crisis) continues his pivotal story arc! The Slayer army has suffered heavy losses throughout Season Eight and faced all kinds of threats new and old, but the one mystery connecting it all has been the identity of the Big Bad: Twilight. In this issue, Buffy finally confronts Twilight one on one, setting the stage for Twilight's unmasking in Buffy #34!

Brad Meltzer, series artist Georges Jeanty, and executive producer Joss Whedon up the stakes as Buffy's most epic season yet races to a climax!