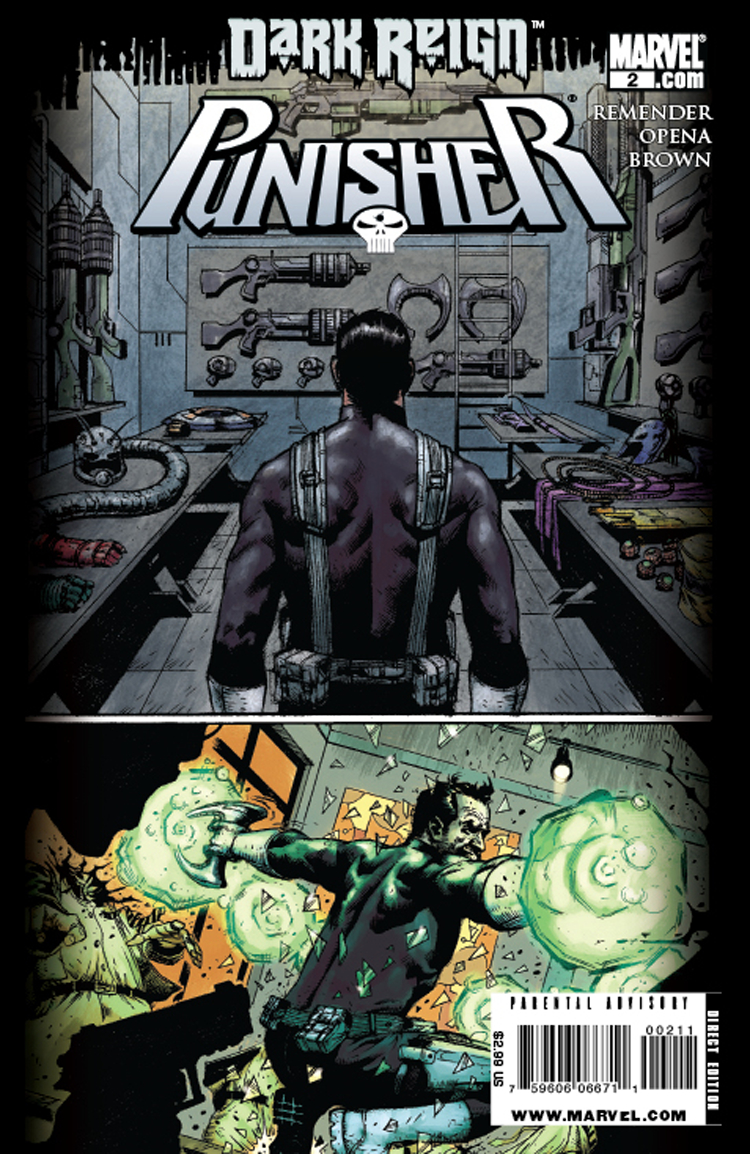 JAN098090
(W) Rick Remender (A/CA) Jerome Opena
by Rick Remender & Jerome Ope a; variant cover by Mike McKone
From Marvel Comics. Organized crime has New York City in a death grip that, thanks to the powerful propaganda machine of the corrupt new government, is being swept under the rug. To stem this dark tide, Frank Castle must embark on a bloody public campaign that will expose the dark underbelly of the supposedly squeaky-clean regime to the world, and embrace a new sidekick who'll help him get out the message. Scheduled to ship 03/25/09. (161)