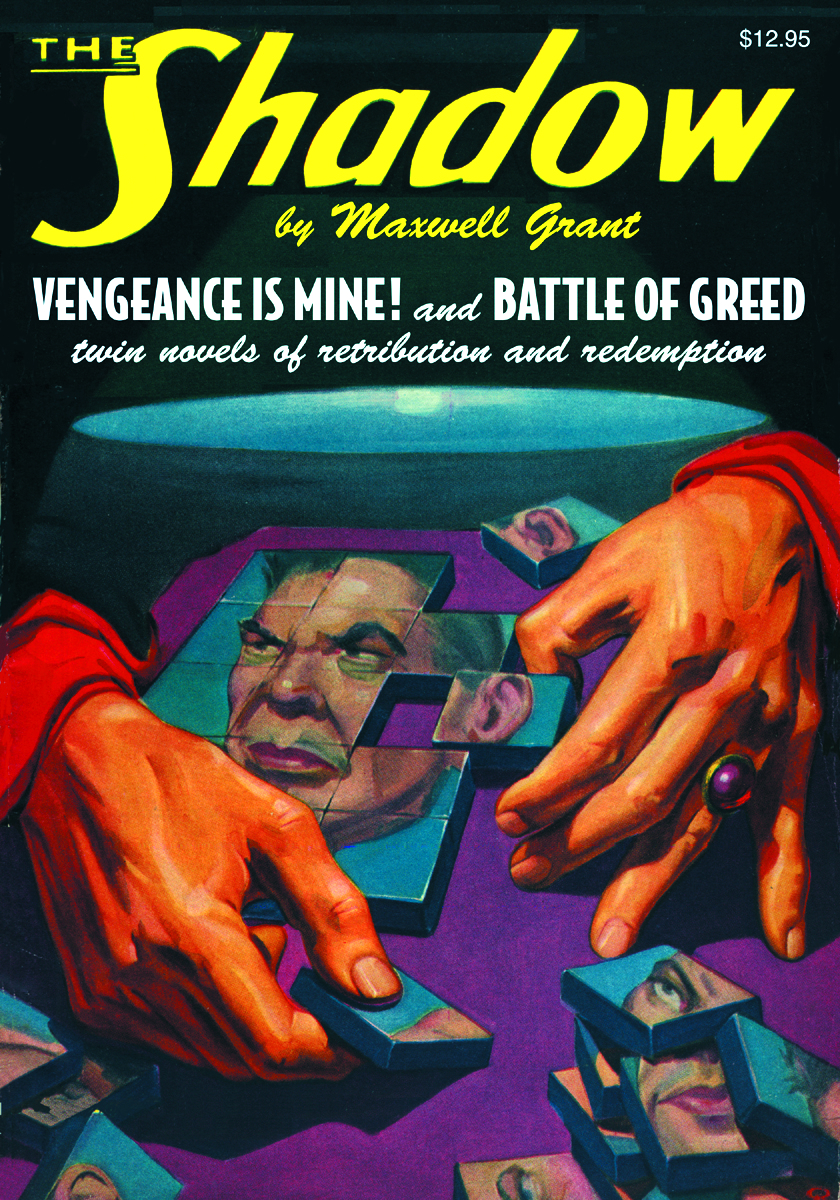 JAN094593
(W) Various (A) Various
(W) Walter B. Gibson
The Master of Darkness deals out retribution and redemption in two classic pulp thrillers by Walter B. Gibson writing as Maxwell Grant. In "Vengeance is Mine!" the Shadow hunts a terrorist whose murderous bombing rampage extends to the Cobalt Club itself. Then, in "Battle of Greed," the Shadow offers second chances to a trio of broken souls in the most unusual Shadow novel of all time! Plus, the Shadow teams with Chick Carter, Boy Detective, in a rare crossover from the Golden Age of Radio. This instant collector's item showcases the original color covers by George Rozen and Graves Gladney, the classic interior illustrations by Tom Lovell and Edd Cartier, and historical commentary from Will Murray and Anthony Tollin.