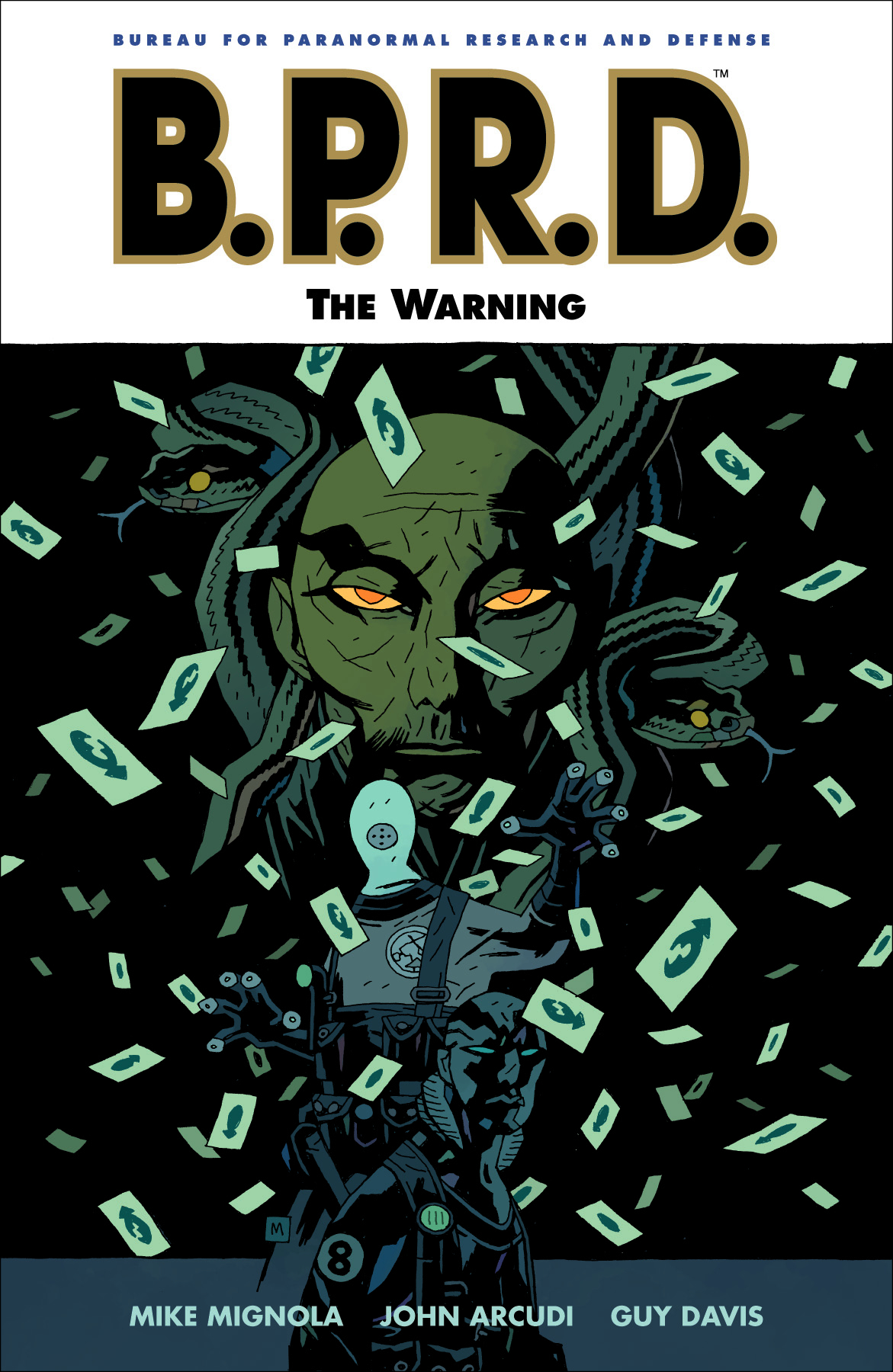 JAN090111
(W) Mike Mignola (A) Guy Davis (CA) Mike Mignola
Mike Mignola (W/Cover), John Arcudi (W), Guy Davis (A), and Dave Stewart (C)
The team tracks down the mysterious gentleman who's been appearing in Liz's visions, but soon find themselves in over their heads when old enemies-from the frog creatures, to the Black Flame, to the last denizens of Hyperborea-descend to lay waste to the world.
o B.P.R.D.: The Warning is the first of three explosive arcs pulling together threads from throughout the series-and leaving the B.P.R.D. and the world forever changed.
o "This latest spinoff from Mignola's Hellboy franchise continues the high level of modern weird tales-influenced chills and adventure and at times even manages to outstrip its source . . ."
-from a review of a previous volume of B.P.R.D. in Publishers Weekly