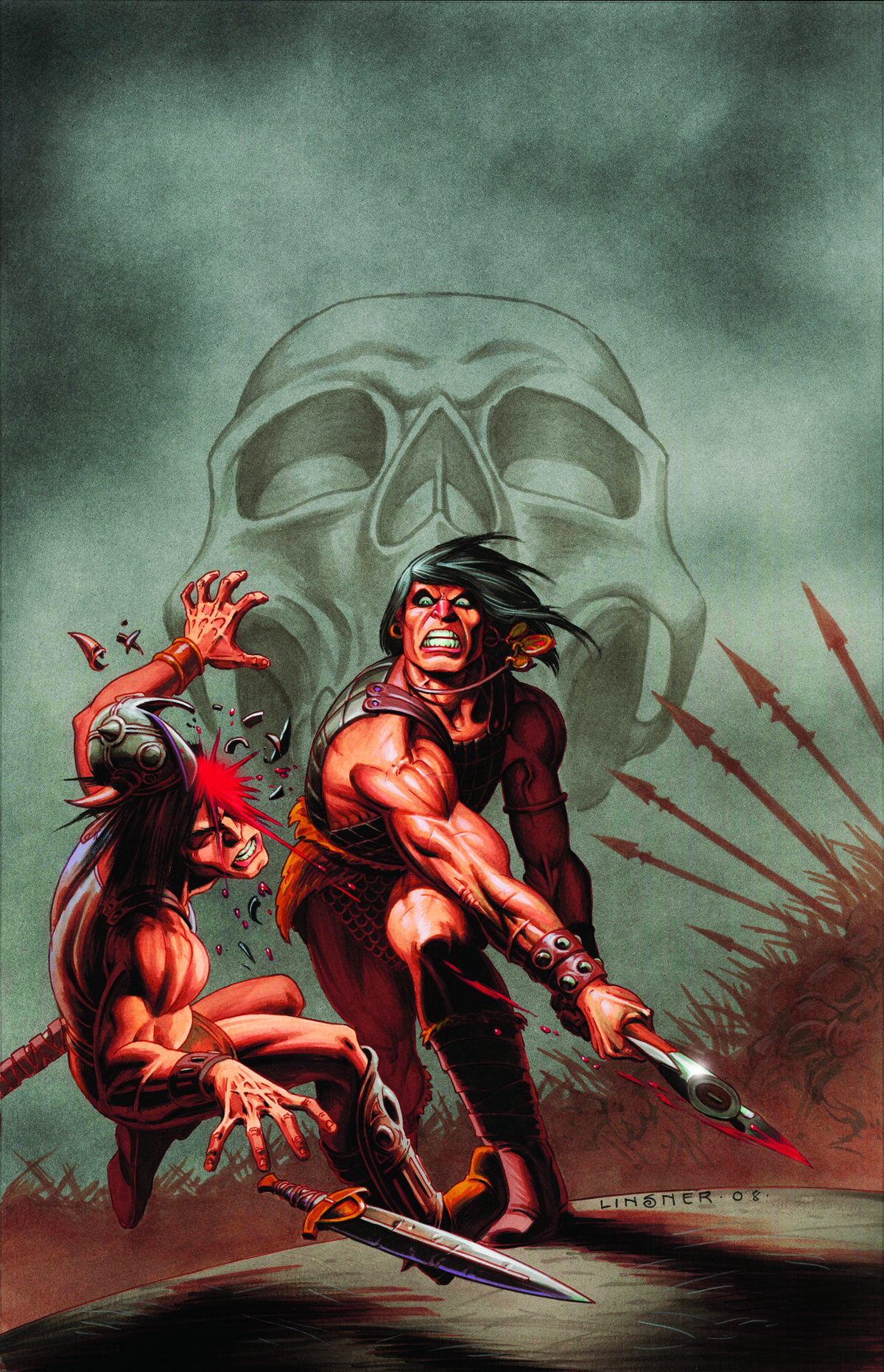 Nahtok, a powerful wizard with the desert tribes of Shem under his command, now looks to expand his motley empire northward into the politically unstable Koth-where Koth's leaders are more likely to kill each other on the battlefield than join together to face a common foe. The only thing standing in Nahtok's way is the small border kingdom of Khoraja and their battered military forces, now led by the inexperienced Princess Yasmela. Amalric's mercenaries-with Conan still riding among their numbers-are charged with reinforcing Yasmela's depleted army, as the conquering Nahtok draws near and Yasmela is haunted by both evil threats and holy visions. Tim Truman, Tom s Giorello, and Jos Villarrubia continue their adaptation of Robert E. Howard's "Black Colossus," a chilling Robert E. Howard tale that finds Conan at a strange crossroads in his mercenary career and on the path to the largest-scale battle of his life, as a clash between Nahtok and Amalric's men appears inevitable!