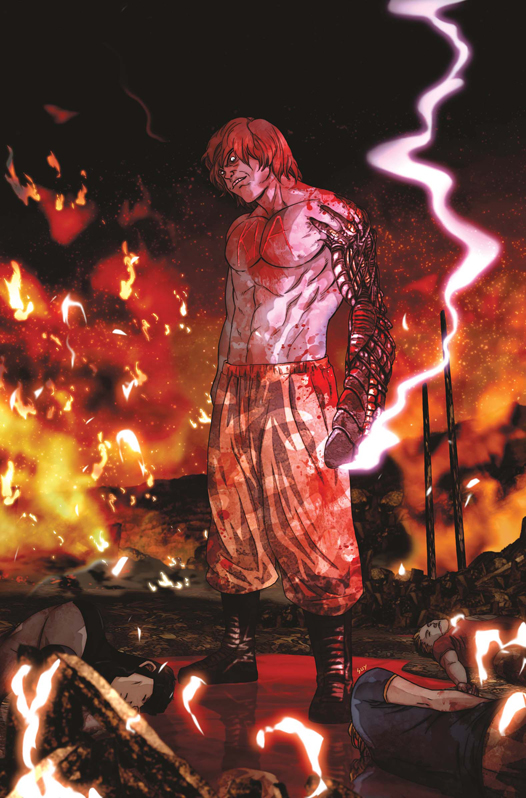 JAN082138
(W) Christos N. Gage, Dan Slott (A/CA) Stefano Caselli
Written by DAN SLOTT & CHRISTOS GAGE
Pencils by STEFANO CASELLI
Cover by STEVE UY
"Killed in Action" Part 4 of 4
Worst Case Scenario
By now you know who KIA is, what he wants, and who he's killed.
Initiative regulars, new recruits, and big name characters:  no one's been safe.  And that's never been more true than here at the bitter end.  Join what's left of the Initiative as they and the MIGHTY AVENGERS try to stop their greatest threat.
32 PGS./Rated T+ ...$2.99