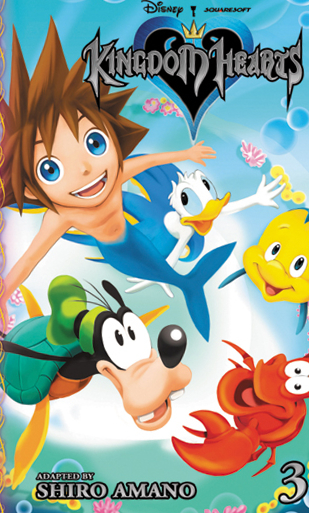 JAN063258
(W) Shiro Amano (A/CA) Shiro Amano
Kingdom Hearts plunges into an underwater adventure.  Monstro the whale swallows Sora and crew.  They lend Geppetto and Pinocchio a helping hand to fend off the Heartless.  Our heroes dive deeper under the sea to face Ursula the Sea-Witch.  When Sora and Riku surface, they must rescue Kairi from Captain Hook on his pirate ship -when it comes to dealing with the Heartless, let your conscience be your guide, and don t forget the pixie dust!
Key Selling Points: