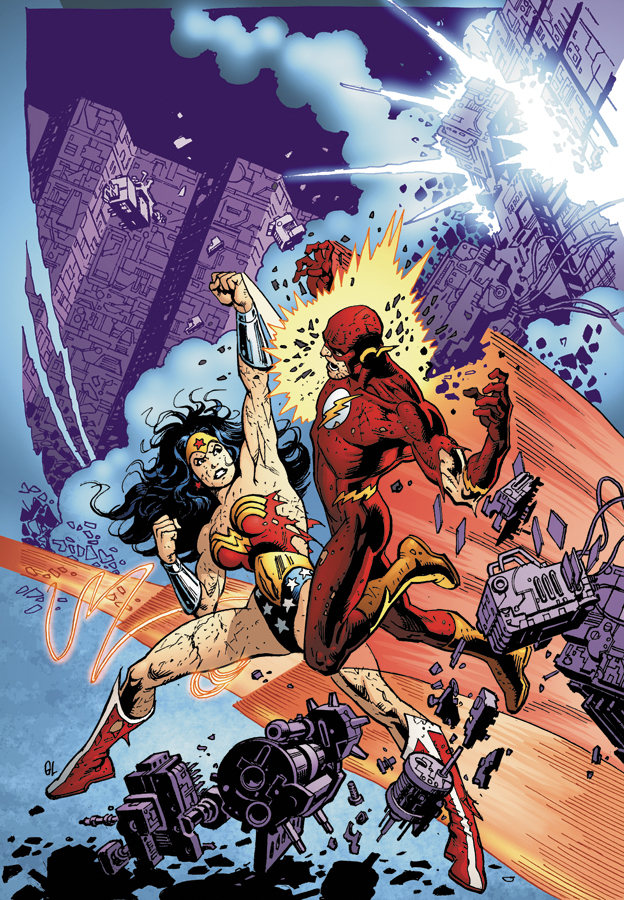 JAN060316
(W) Gail Simone (A/CA) Jos? Luis Garc?a-L?pez
Written by Gail Simone
Art by Jos Luis Garc a L pez & Klaus Janson
Cover by Garc a L pez
The 6-part story "The Hypothetical Woman" continues! In Part 3, the toxic giant Chemo threatens to start an ecological disaster that only the JLA can stop. But with the team stretched thin uncovering the mystery behind General Tuzik's Conquerer Strain, will they be able to get it together in time?
And in Part 4, General Tuzik unleashes his team of Hypotheticals to further his plans of world domination, putting the JLA in a difficult position. In order to stop him, they'll have to declare war!