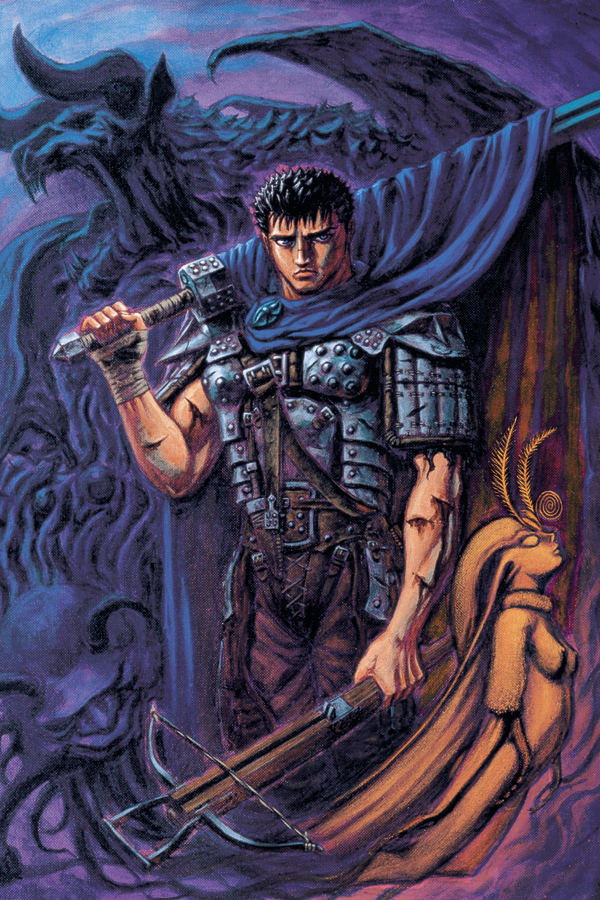 JAN060084
(W) Kentaro Miura (A/CA) Kentaro Miura
The Band of the Hawk-what's left of them-are on the run, Guts and Casca having rescued the Hawks' leader, Griffith, from the horrors of the King of Midland's dungeons. Starved, tortured mercilessly, and imprisoned in an iron mask, Griffith hangs on to life and sanity by a thread . . . and he'll be no help against the King's latest charges sent to bring him back to pay for his dalliance with the King's daughter. Now the depleted Hawks will have to face the Knights of the Black Dog, led by the merciless, bestial Wyald . . . one bad dog who's even worse when he unleashes the beast within!