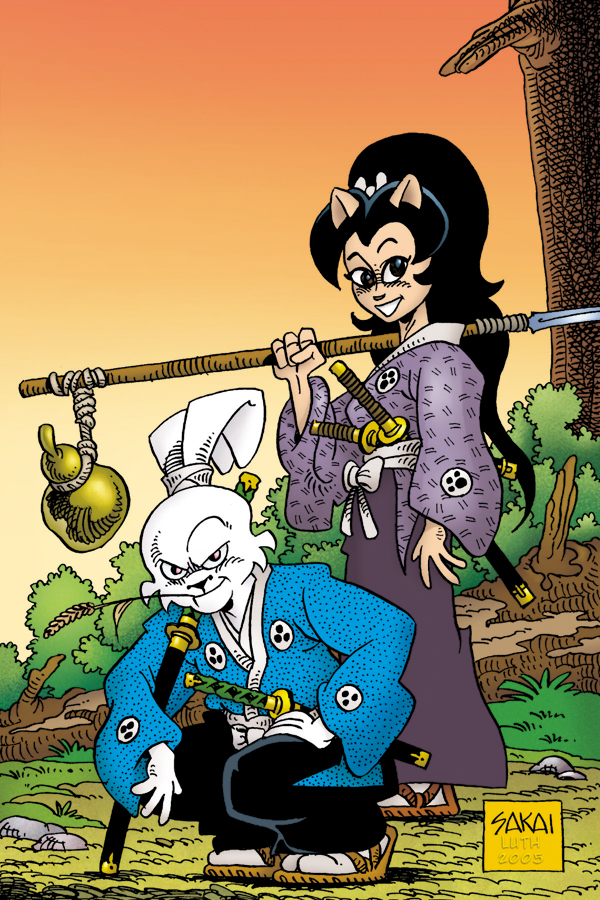 JAN060077
(W) Stan Sakai (A/CA) Stan Sakai
Internationally acclaimed storyteller Stan Sakai presents another adventure from feudal Japan! The foxy thief Kitsune visits the Geishu clan in this issue, and the rabbit ronin is caught between his friendship with the charming thief and his loyalty to the Geishu clan . . . and how will Tomoe react when she meets Usagi's beautiful and flirtatious friend? It's a meeting of two fan-favorite characters, with the long-eared samurai caught in the middle! As if that weren't enough, when Kitsune's young prot g e Kiyoko steals a priceless temple scroll, the man who wants it would rather kill the pair than pay for it. Can they get out of this mess before permanent damage is caused to the clan? Find out, this month in Usagi Yojimbo!

was nominated for four Eisner Awards in 2005, including Best Writer/Artist for Sakai!