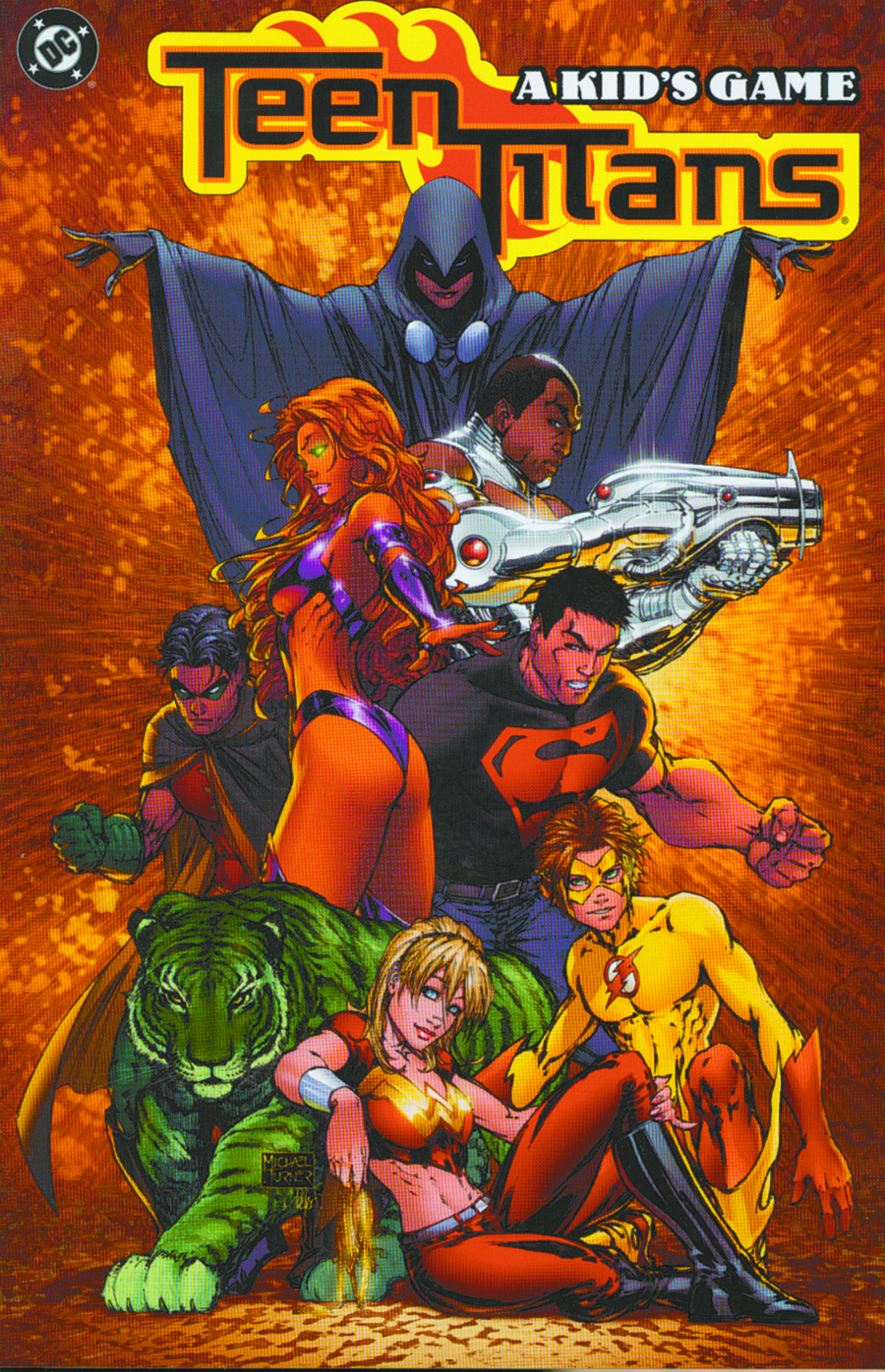 JAN040261
(W) Geoff Johns (A) Various (CA) Michael Turner
Written by Geoff Johns;
ART by Mike McKone, Marlo Alquiza, Tom Grummett, Nelson DeCastro, and Kevin Conrad;
COVER by Michael turner
In stores March 31.  A new collection featuring the sold-out TEEN TITANS #1-7!  Witness the gathering of a new team of Teen Titans and their initial battle against an old, familiar foe: Deathstroke! The reasons behind his actions prove shocking to the team, and before the teen heroes can even get their feet on the ground, they must re-encounter the cult of Brother Blood.  Plus, an intro by Johns and profile pages from TEEN TITANS/OUTSIDERS SECRET FILES #1!  For more information, see the feature article.
SC, 7x10, 192pg, FC