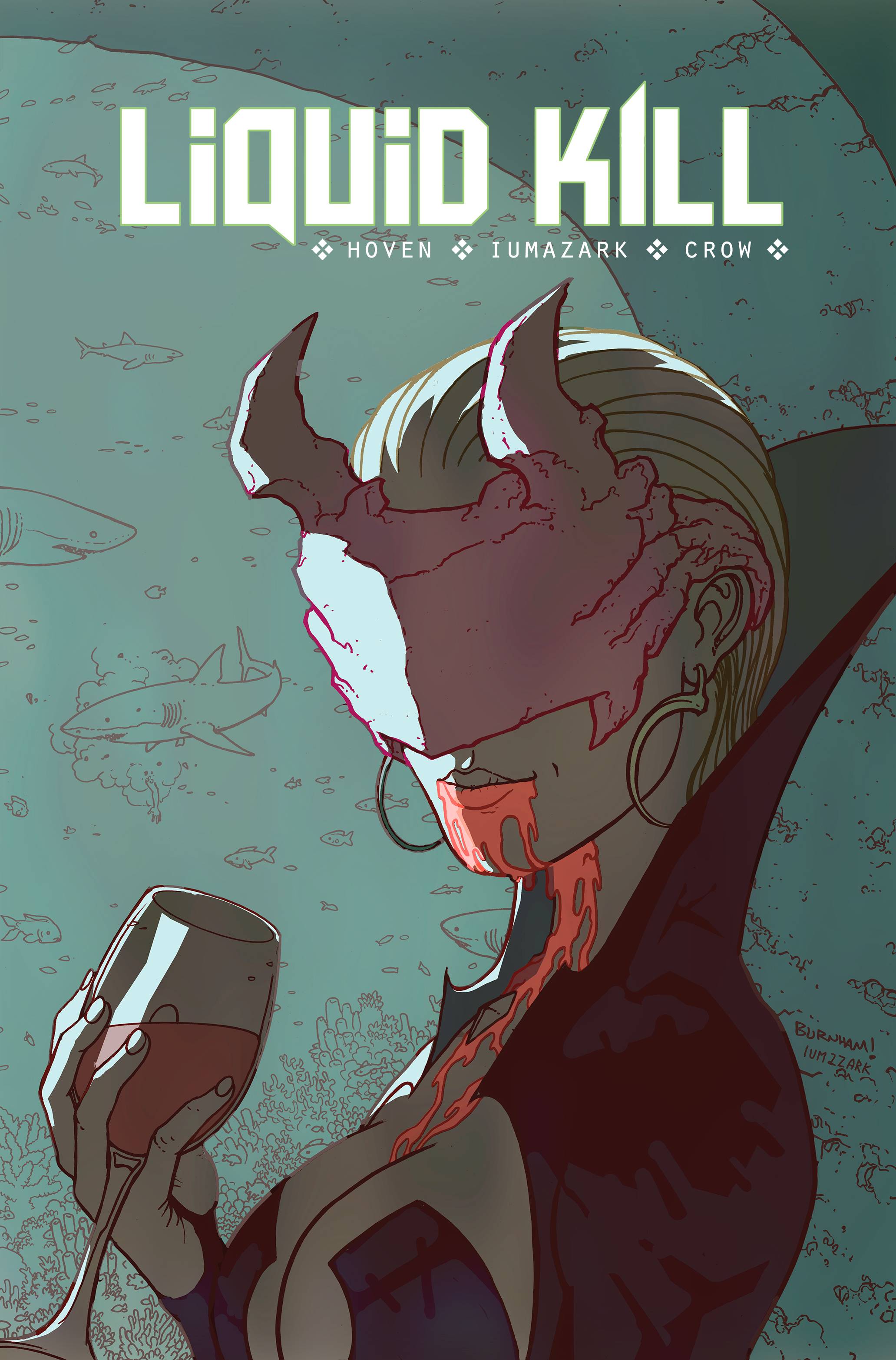 LIQUID KILL follows sadist-slaughtering vigilantes as they encounter pure evil in a blood-soaked cyberpunk future (à la GHOST IN THE SHELL meets JOHN WICK) written by the creators of the critically-acclaimed series IT EATS WHAT FEEDS IT and artist Gabriel Iumazark (Boom! Studios).

For the staff and clientele at a mysterious island hotel, it's just another night of masquerades and vice.  But when members of Liquid Kill lay siege, demanding compliance or death, adrenaline quickly floods the halls.

Searching for their kidnapped leader, Kai and her comrades are forced to learn the greater mysteries of the island, and they may not be ready for what's ahead.
In Shops: Apr 19, 2023
SRP: $3.99
View All Items In This Series
PREORDER SUBSCRIBE WISH LIST