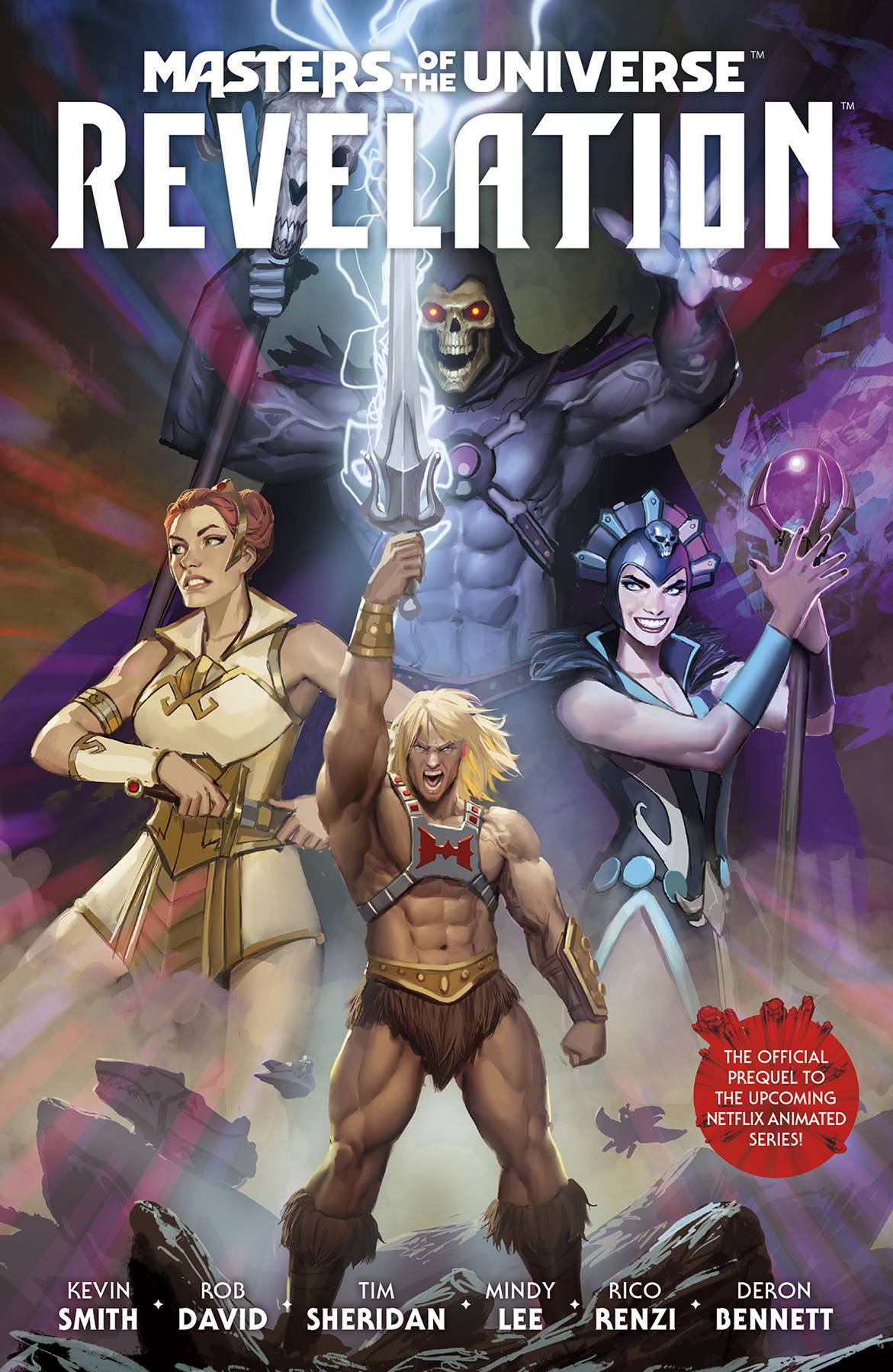 #
FEB230377
(W) Kevin Smith, Rob David, Tim Sheridan (A) Mindy Lee (CA) Stejpan Sejic
This is the official comic book prequel to the Netflix television show written by showrunner Kevin Smith and episode writer Tim Sheridan and featuring art by Mindy Lee (Crimson Lotus).
Following a vicious Orlax attack on his father King Randor, He-Man learns the creature is linked to the origin of the sword of power. To save Randor and put an end to the chaos He-Man embarks on an epic journey that pits him against his longtime foes Skeletor and Evil-Lyn, and sees Teela take the reins of a powerful legacy.
Collects the four-issue series and features covers by Stjepan Sejic and pinups from Mike Mignola, Walt Simonson, Bill Sienkiewicz, and more!
"Forget what's come before, THIS is the new canon, following along the road laid out in the original cartoon series." -Comic Watch
In Shops: Mar 22, 2023
SRP: $19.99
PREORDER WISH LIST