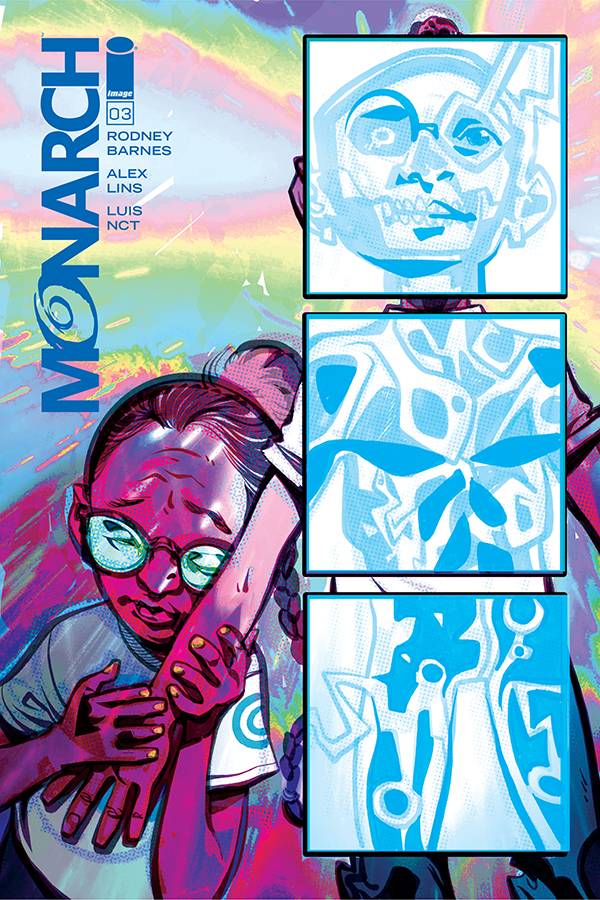 #
FEB230214
(W) Rodney Barnes (A) Alex Lins (CA) Chris Visions
"STRANGER FROM ABOVE," Part Three
An alien invasion has rocked the world and no one is safe! Young Travon's desperate search for rations for the surviving students has put him face-to-face with these strange visitors who've hunted and killed everything in their path. But why have they let him live thus far? And just when things couldn't get any worse, betrayal strikes from the unlikeliest of places, turning everyone's world upside down!
From RODNEY BARNES, the star comics writer behind the Eisner-nominated series KILLADELPHIA and the writer/executive producer of HBO's Winning Time, and up-and-coming Marvel artist ALEX LINS comes a tale of love, triumph, disaster, and defeat!
In Shops: Apr 12, 2023
SRP: $3.99
View All Items In This Series
PREORDER SUBSCRIBE WISH LIST