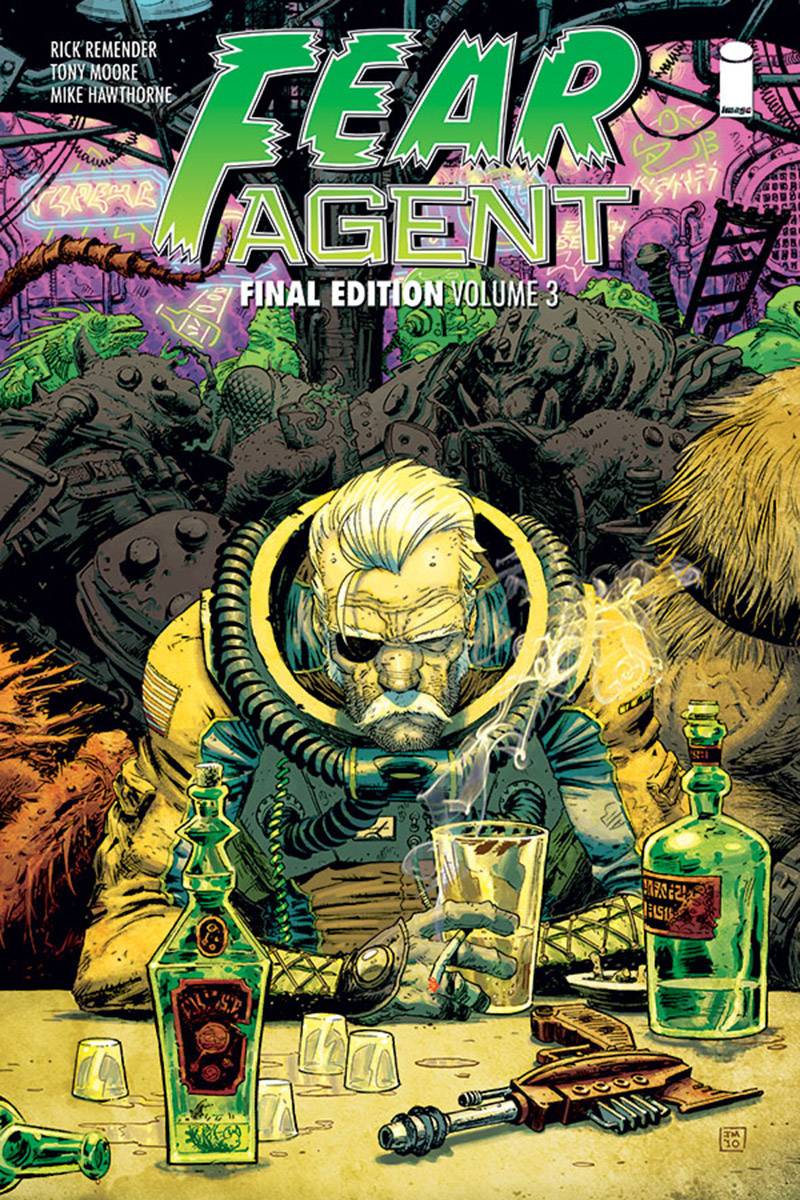 #
FEB230106
(W) Rick Remender (A) Mike Hawthorne, John Lucas (A/CA) Tony Moore
Collecting the final two arcs of the legendary series! Following a genocidal campaign by the terrifying Tetaldian robot empire, Heath Huston finds himself as the sole surviving human in the universe. Now the prime target of the robotic hordes and their sinister co-conspirators, Heath sets off to uncover the secret history of the Tetaldians and a chance to set things straight. The stakes couldn't be higher as the disgraced Fear Agent is presented with one final shot at the redemption he's ached for his entire drunken life. Don't miss the grand finale of the pulp sci-fi smash-hit. Collects FEAR AGENT #22-32.
In Shops: Mar 15, 2023
SRP: $19.99
View All Items In This Series
PREORDER WISH LIST