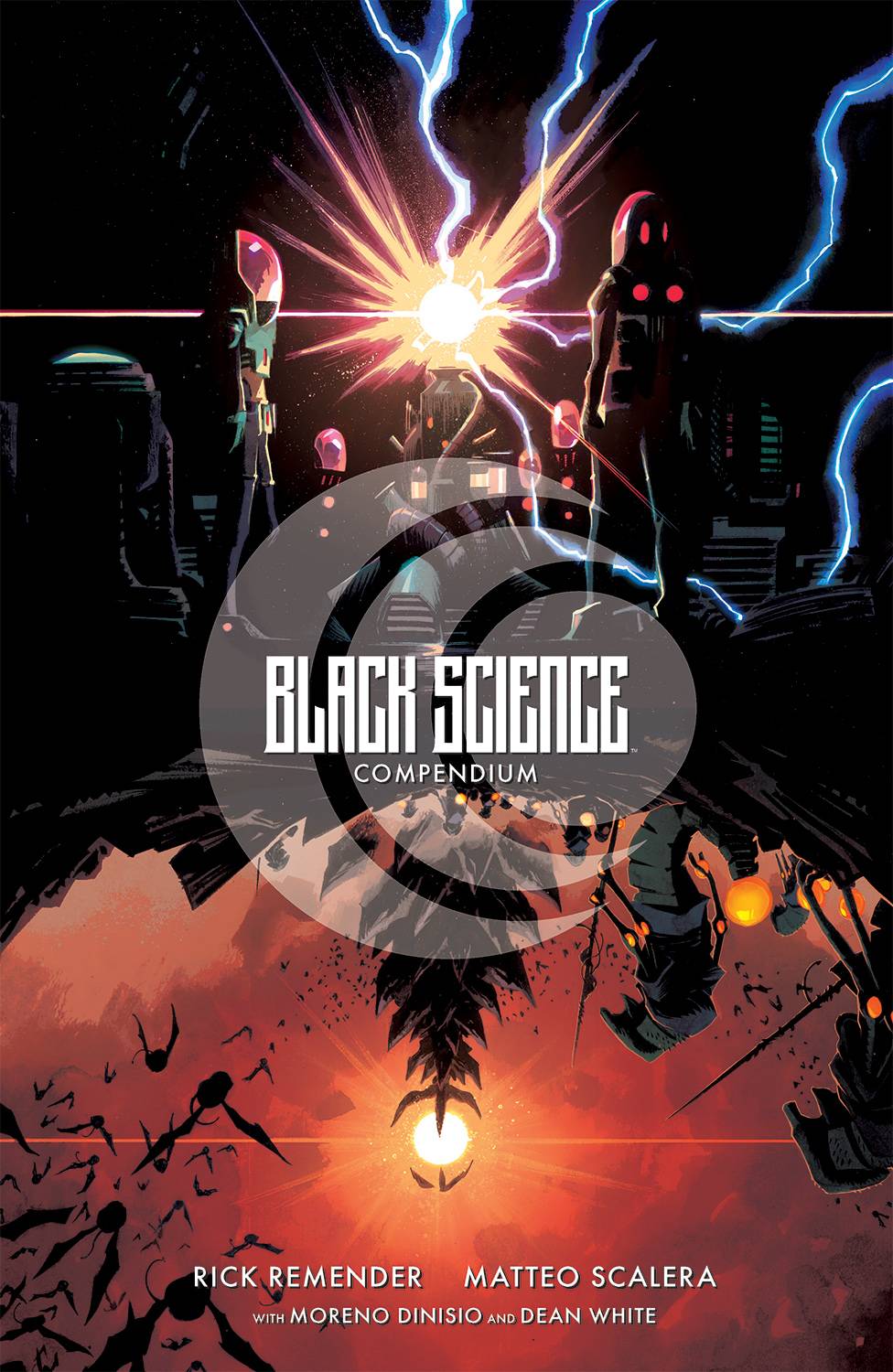 #
FEB230101
(W) Rick Remender (A/CA) Matteo Scalera, Moreno DiNisio, Dean White
Scientist Grant McKay has done the impossible: he has punched through the barriers of reality in a desperate bid to unravel the mysteries hidden within the prime universe at the center of the Eververse. But what lies beyond the veil is not epiphany, but chaos. Now Grant and his family are lost, living ghosts shipwrecked on an infinite ocean of alien worlds, barreling through the long-forgotten, ancient, and unimaginable dark realms. The only way is forward, through the delirium of a million universes, with no way home. The BLACK SCIENCE COMPENDIUM edition collects the entire run of the seminal series that launched the multiverse craze by the critically acclaimed team of RICK REMENDER (LOW, DEADLY CLASS) and MATTEO SCALERA (KING OF SPIES, Batman).
Collects BLACK SCIENCE #1-43
In Shops: Apr 05, 2023
SRP: $59.99
PREORDER WISH LIST