NO WAY SIDE CHARACTER BE POPULAR L NOVEL VOL 01 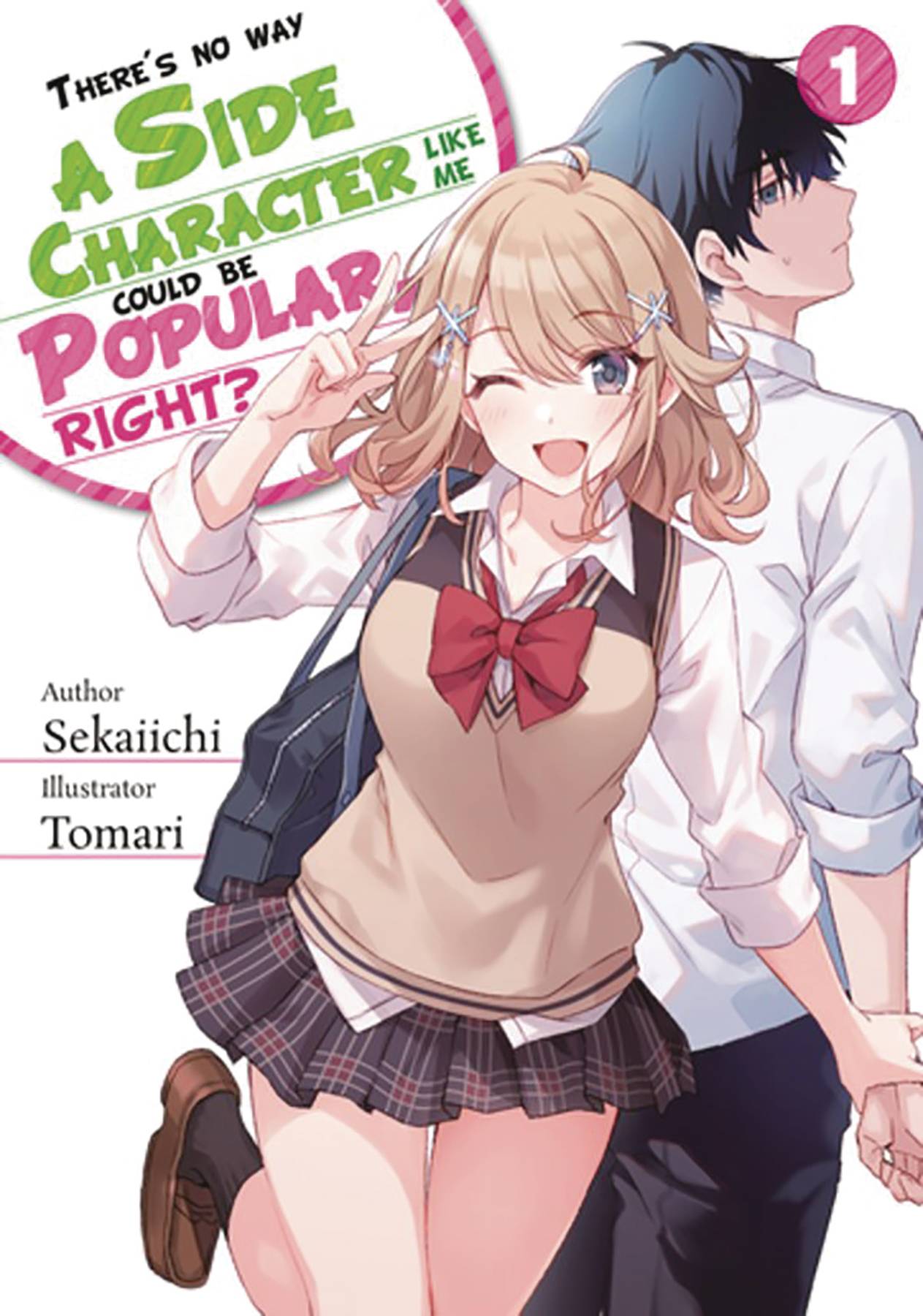 #
FEB229649
(W) Sekaiichi (A) Tomari
My name is Tomoki Yuuki, a second-year high school student. I'd say I'm a fairly normal student, save for the fact that everyone avoids me like the plague because I apparently look like I'm out for blood. Ike Haruma is the only one who doesn't steer clear of me. He's your typical "perfect guy" in every sense; the protagonist with no real flaws that you see in any given story. Life at school was continuing on as usual... until one day, Haruma's super popular little sister confesses to me out of the blue?! Though she later clarifies that her feelings toward me are anything but romantic and that she has an ulterior motive, I end up accepting my new role as "fake boyfriend" as a favor to Haruma. Believe it or not, the moment I start going out with her, Haruma's idol-tier childhood friend and my super hot teacher get involved with me too! This can't be a dream rom-com scenario setting itself up for me, can it?! There's no way a side character like me could be popular, right?
In Shops: May 25, 2022
SRP: $15.99
View All Items In This Series
ORDER SUBSCRIBE WISH LIST