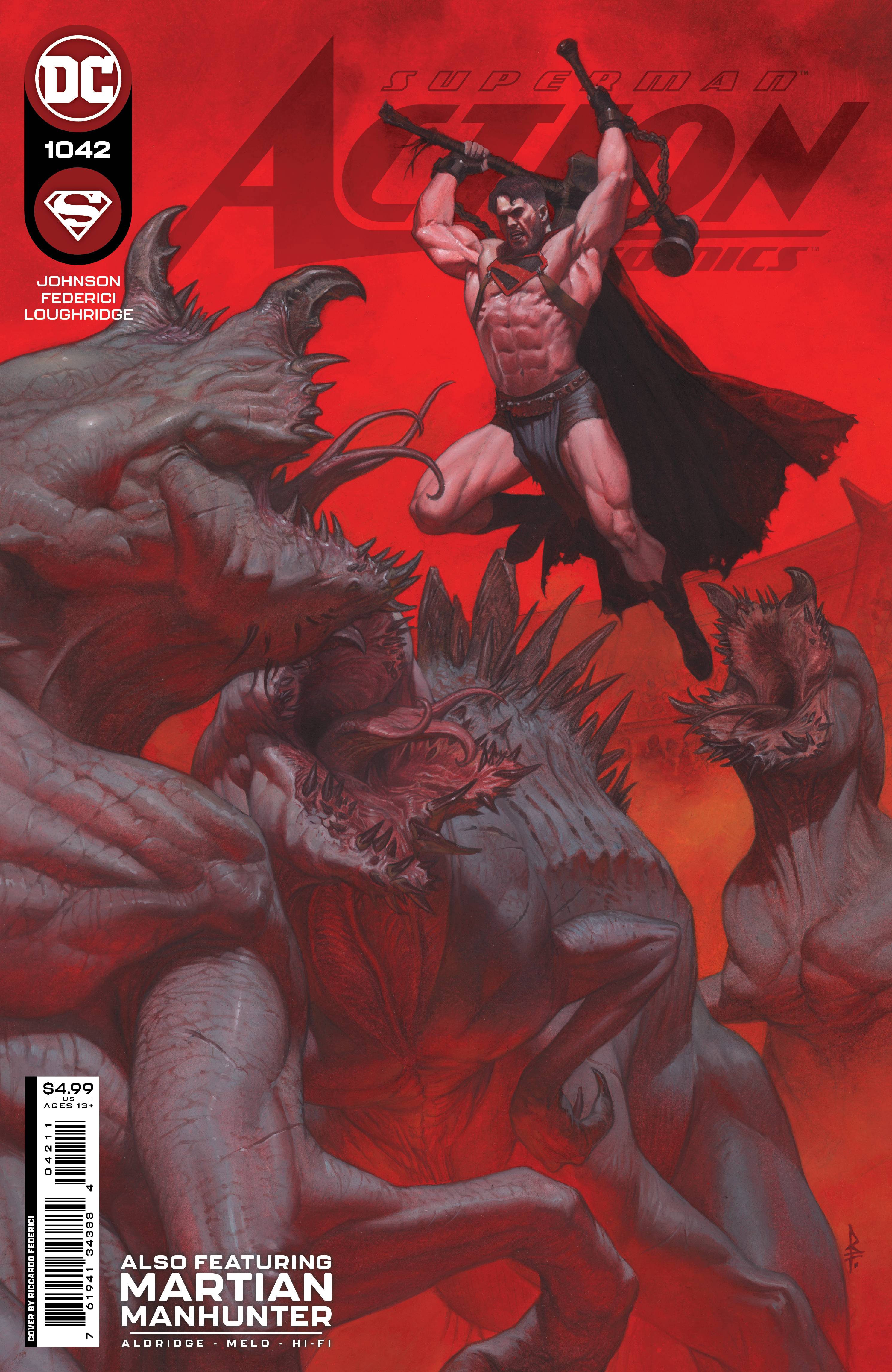 #
FEB222858
(W) Philip Kennedy Johnson, Shawn Aldridge (A) Riccardo Federici, Adriana Melo
The origins of Mongul, his mysterious champions, and Midnighter's underground rebellion stand revealed! When another of Superman's truest allies is killed, will the tragic loss end the rebellion before it begins? Or will it be the spark that finally unites Superman's forces against the unstoppable Mongul?The Warworld Revolution begins! Also featuring the finale to the epic Martian Manhunter backup series!
In Shops: Apr 26, 2022
SRP: $4.99
View All Items In This Series
ORDER SUBSCRIBE WISH LIST