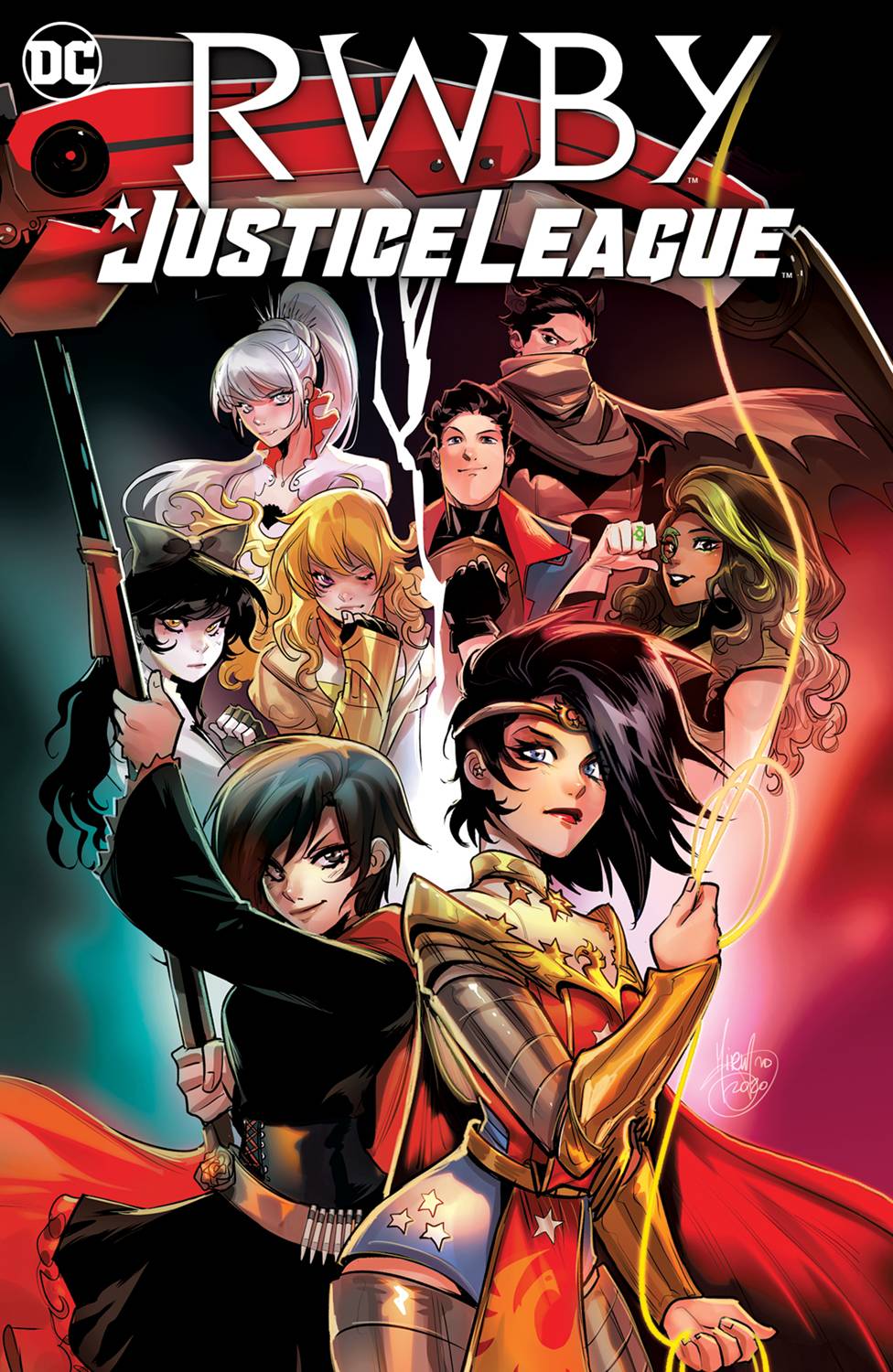 #
FEB222852
(W) Marguerite Bennett (A) Various
Art by Aneke, Stephanie Pepper, Emanuela Lupacchino, Wade Von Grawbadger, and Meghan Hetrick The DC Universe and the world of RWBY collide! Discover the Bruce Wayne, Clark Kent, and Diana Prince of Remnant as Team RWBY comes face to face with new versions of DC's paragons of justice. New Grimm have been popping up around Remnant as well as people disappearing without a trace. As Team RWBY investigates these mysterious happenings, they encounter new friends along the way. But will these new "heroes" help our intrepid huntresses turn the tide and find the cause of all this madness, or will a long-hidden beast's plan finally mean doom for Remnant? Collecting the popular series RWBY/Justice League #1-7, this volume also features the initial designs of the Justice League of Remnant as well as a variant cover gallery.
In Shops: TBD
SRP: $16.99
ORDER WISH LIST