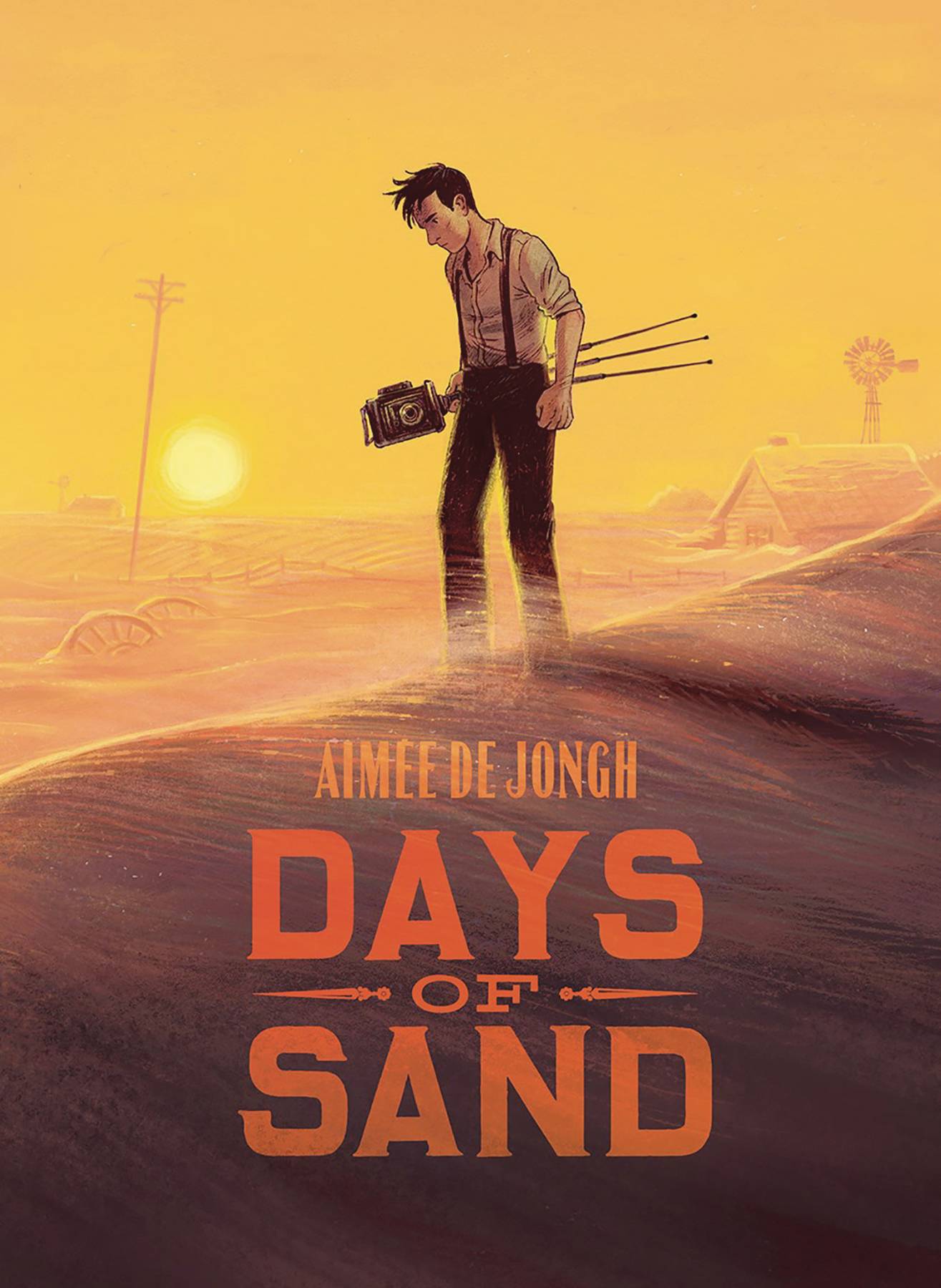 #
FEB221688
(W) Aimee De Jongh (A) Aimee De Jongh
A moving and unforgettable tale, inspired by real-life stories of courage and perseverance during the Dust Bowl of 1930s America
United States, 1937. In the middle of the Great Depression, 22-year-old photographer John Clark is brought in by the Farm Security Administration to document the calamitous conditions of the Dust Bowl in the central and southern states, in order to bring the farmers' plight to the public eye. When he starts working through his shooting script, however, he finds his subjects to be unreceptive. What good are a couple of photos against relentless and deadly dust storms? The more he shoots, the more John discovers the awful extent of their struggles, and comes to question his own role and responsibilities in this tragedy sweeping through the center of the country.
In Shops: Apr 13, 2022
SRP: $22.99
ORDER WISH LIST