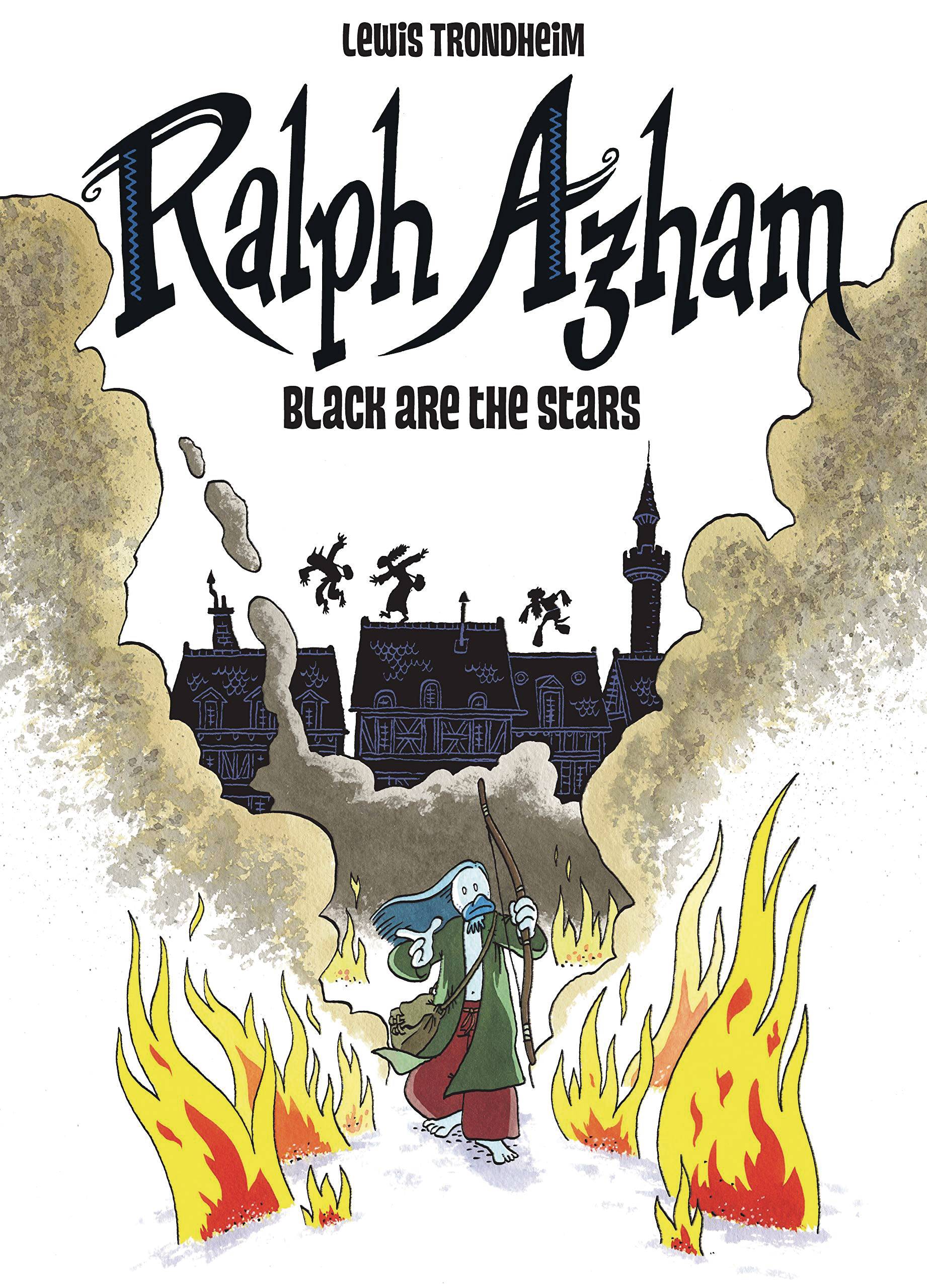 #
FEB221617
(W) Lewis Trondheim (A) Lewis Trondheim
From the award-winning mind of cartoonist Lewis Trondheim comes the expansive and rich anthropomorphic  medieval world of Ralph Azham. After failing the test of the Chosen One as a young duck, Ralph had a tough time growing up as the village pariah, often getting into trouble due to an innate extra sense that's rather unbelievable, embarrassing, and unfortunate. That was only compounded by the constant visit of spirits that only he, Ralph, could see. Cut to today, his village is threatened by a vicious Horde, an apocalyptic flood may take the life of Ralph's only supporter, his father, and the Wise Men's Counsel are out for Ralph's hide after rumors he had seduced one of their daughters. Ultimately Ralph must leave the village and unlock the secrets of his childhood as he journeys to the Kingdom of Astolia, but not before he takes a young ward, Raoul, who bears an uncanny similarity to Ralph. It's a sprawling story of fathers and their sons, magic, mysticism, with plenty of action, adventure, and signature Trondheim madcap humor.
In Shops: Jul 06, 2022
SRP: $14.99
View All Items In This Series
ORDER SUBSCRIBE WISH LIST