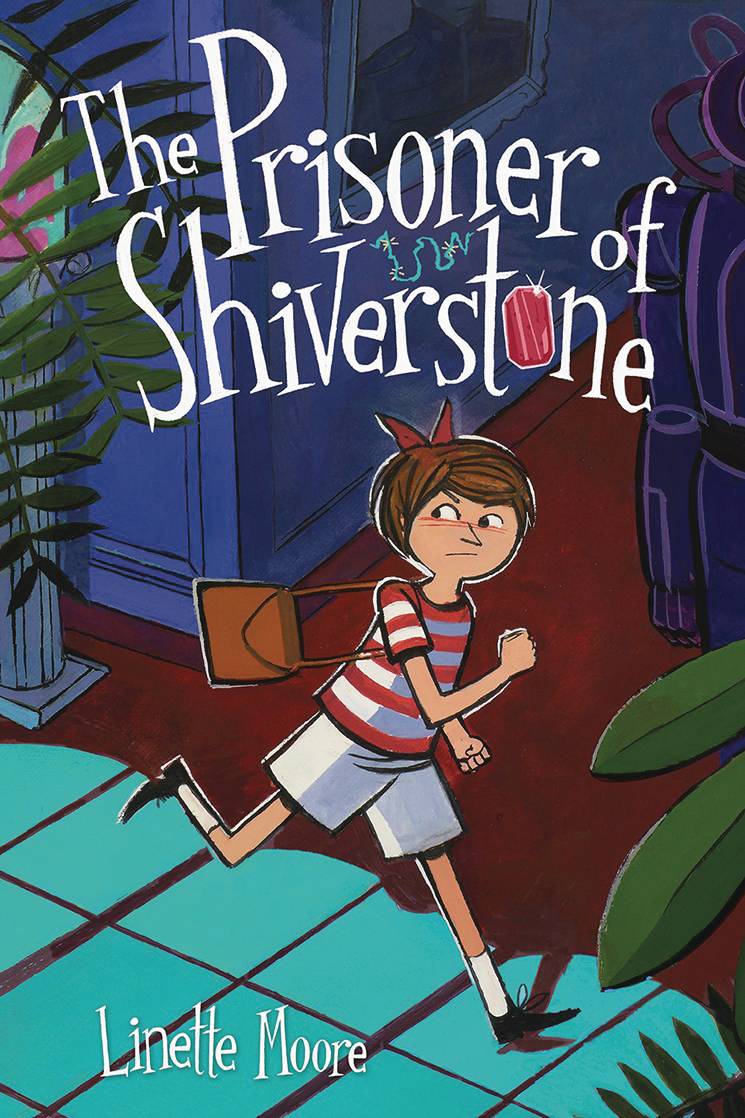 A positively ingenious story about a mysterious island, long-lost secrets, and a young girl's quest in the world of mad science!

In Linette Moore's debut, middle-grade graphic novel, The Prisoner of Shiverstone, eleven-year-old Helga Sharp is found unconscious in a drifting rowboat near the coast of Utley Island. Utley, as Helga finds out when she awakens in the hospital, is forbidden territory: it's a prison island to which the Mainland has exiled troublesome mad scientists for generations. Helga is questioned by the island's guards and though they're suspicious of her story, they agree to let her stay until they find her family.

The truth is, it's no accident that Helga landed here. She is a keen inventor, but the Mainland is suspicious of all scientists and inventors. While working on her projects in secret, Helga made radio contact with Erasmus Lope, a mad genius who everyone thought  had died in a lab experiment gone spectacularly wrong. But Lope is alive, and Helga is on a mission to rescue him from the prison island.

Now Helga must find a way to break Lope out, right under the noses of the family of famous heroes that run Utley Island. There's only one big problem-Lope's trapped inside a giant crystal in the mad scientists' museum!
In Shops: Apr 13, 2022
SRP: $24.99
ORDER WISH LIST