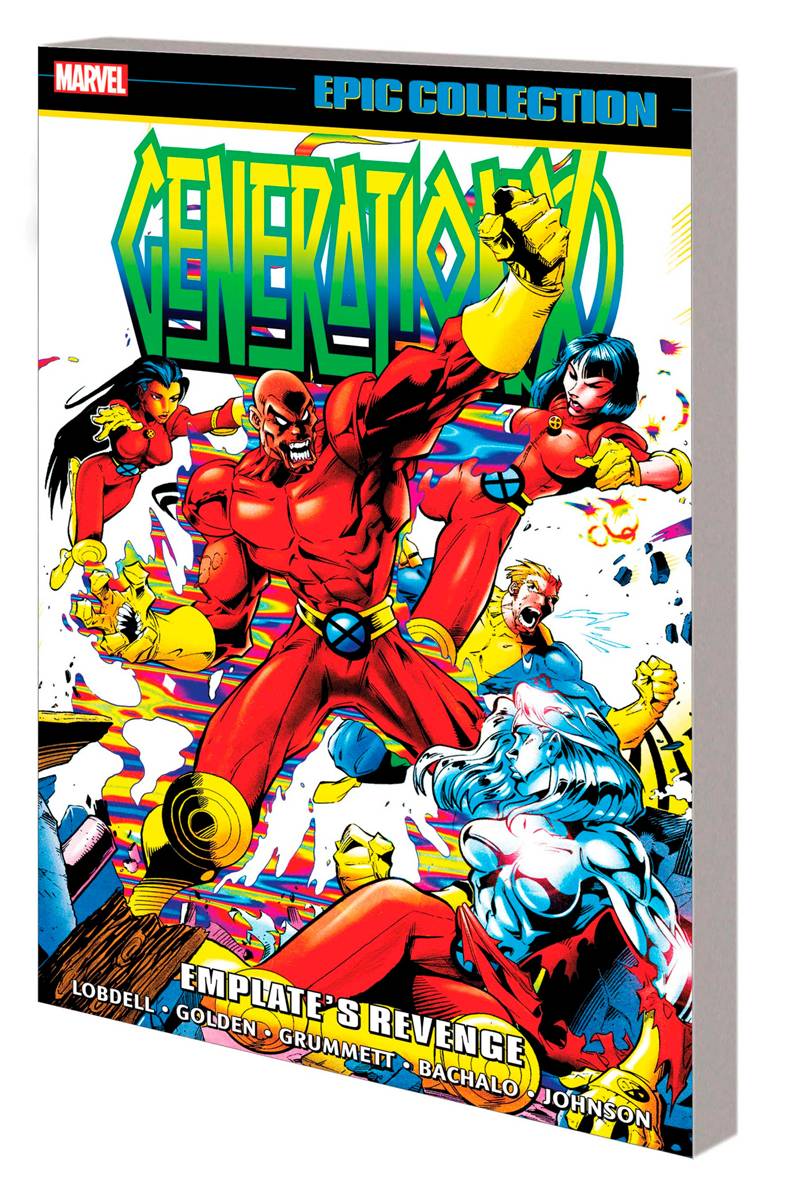 #
FEB221072
(W) Scott Lobdell, Various (A) Tom Grummett, Various (CA) Chris Bachalo
The next generation of X-Men must grow up fast! Generation X welcomes the mutant called Mondo to their ranks - just in time for Omega Red to attack! And with Banshee lying at death's door, Chamber may be the last man standing! Then the team's deadliest and most horrifying foe returns: M's evil brother, Emplate! And he's hungry for more than vengeance! Even if the students can avoid becoming Emplate's next meal, will a surprising transformation consume one of their own? Plus: The White Queen goes to extreme lengths to protect the students from Onslaught, Franklin Richards joins the school in the wake of tragedy and Chamber and Husk's romance reaches a tipping point! Guest-starring Howard the Duck! Collecting GENERATION X (1994) #10-23 and ANNUAL '95-'96, GENERATION X SAN DIEGO PREVIEW and material from INCREDIBLE HULK ANNUAL '97.
Rated T
In Shops: Jul 20, 2022
SRP: $44.99
View All Items In This Series
ORDER SUBSCRIBE WISH LIST