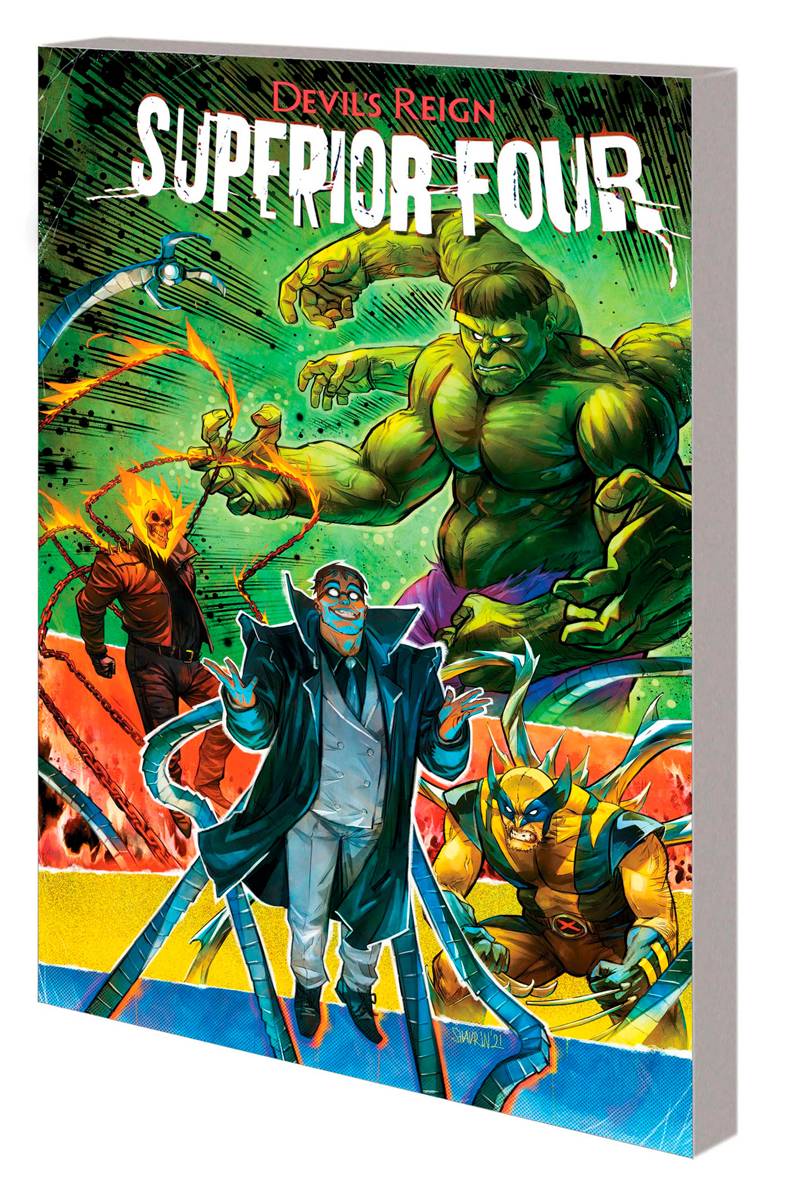 #
FEB221056
(W) Zac Thompson, Anthony Piper (A) Davide Tinto, Ze Carlos (CA) Ivan Shavrin
The Fantastic are no more - long live the Superior Four! Otto Octavius has acquired a taste for the infinite. Empowered by Wilson Fisk, Doctor Octopus faces a tantalizing, unprecedented opportunity to scour the Multiverse, amassing an army of... himself! Theirs is a fighting force to march on our reality, proving the supremacy of Octavius once and for all! But as these Doc Ock variants begin their assault, can they set aside their egos to work together - or will their megalomania unravel the fabric of the Multiverse? Meanwhile, the events of DEVIL'S REIGN have had a profound impact on Doctor Octopus' arch-foe, Spider-Man. And now the newly returned Rose - desperate to prove he's a bigger bad than his father, the Kingpin, ever was - has the web-slinger in his crosshairs! Collecting DEVIL'S REIGN: SUPERIOR FOUR #1-3 and DEVIL'S REIGN: SPIDER-MAN.
Rated T+
In Shops: Aug 24, 2022
SRP: $15.99
ORDER WISH LIST