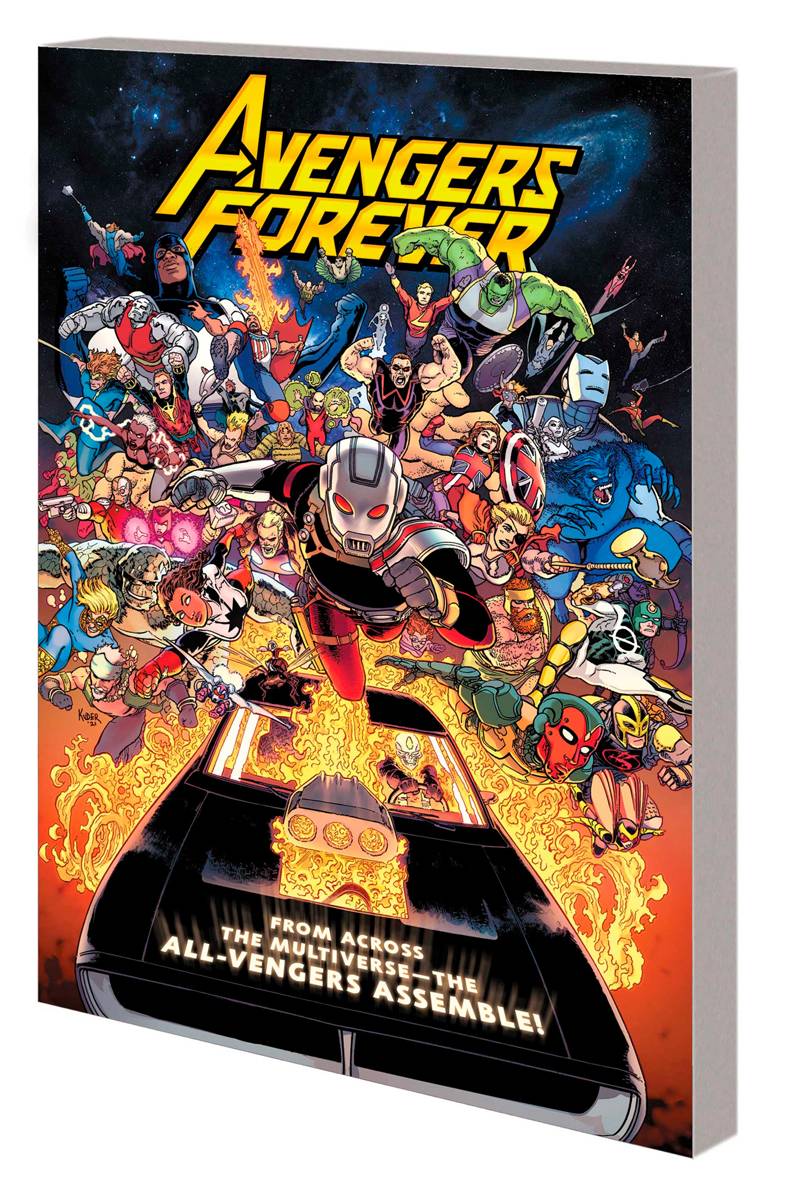 #
FEB221054
(W) Jason Aaron (A) Jim Towe (A/CA) Aaron Kuder
The legend of the Avengers spreads across the infinite worlds of the Multiverse! On a quest for cosmic vengeance, Ghost Rider finds himself roaring through the wasteland on a ruined Earth where the great Age of Heroes never came to be. "Hope" is a four-letter word, and his only ally in the coming battle against the greatest villains any universe has ever known is the world's most wanted archaeologist: Tony Stark, the Invincible Ant-Man! Spinning out of the cataclysmic events of AVENGERS comes the next great Avengers saga as the mightiest heroes of every Earth assemble! Featuring a Deathlok who refuses to die, a brutal Wonder Man, a half-built Vision, the Infinity Thing, the villainy of the Black Skull and the return of the Goddesses of Thunder from the far future! Collecting AVENGERS FOREVER (2021) #1-5.
Rated T+
In Shops: Jun 15, 2022
SRP: $15.99
View All Items In This Series
ORDER SUBSCRIBE WISH LIST