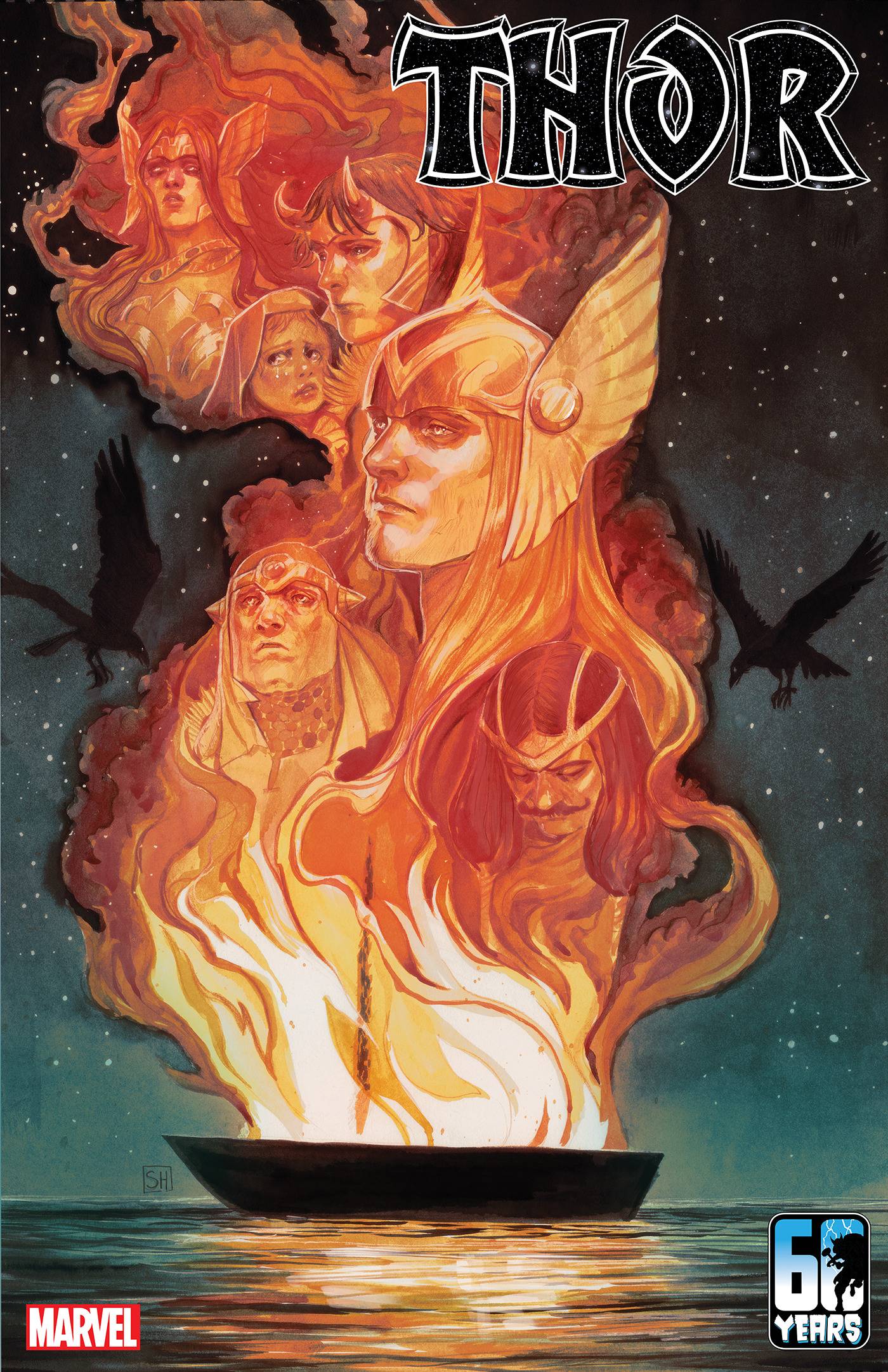 #
FEB220830
(W) Donny Cates, Various (A) Nic Klein, Various (CA) Stephanie Hans
STAR-STUDDED CELEBRATION OF 750 ISSUES!
After a scorched-earth victory against the God of Hammers, Thor and all of Asgard reel from a brutal loss. But some people are never truly gone, and as Thor and his allies come together so will fan-favorite creators from throughout Thor's history! In addition to the main story by Cates and Klein, join some of Thor's most acclaimed writers and artists as they revisit their landmark runs with all-new adventures:
• Writer J. Michael Straczynski and artist Oliver Coipel reunite for a story set during their redefining Thor saga
• Legendary comics creator Dan Jurgens writes and draws an incredible Thor and Balder teamup
• Comics icon Walter Simonson writes and draws an all-new adventure starring his beloved creation, Beta Ray Bill
• Al Ewing and Lee Garbett collaborate for the first time since LOKI: AGENT OF ASGARD to bring you an all-new chapter for the god of mischief
• Superstar team Tom DeFalco and Ron Frenz are back together to captivate you with an Enchantress story
• And prepare for a revelatory tale about Odin that only writer Jason Aaron and artist Das Pastoras can deliver!
Celebrate the long and storied history of the God of Thunder with the writers and artists who helped build his legacy!
Rated T+
In Shops: Apr 27, 2022
SRP: $8.99
View All Items In This Series
ORDER SUBSCRIBE WISH LIST