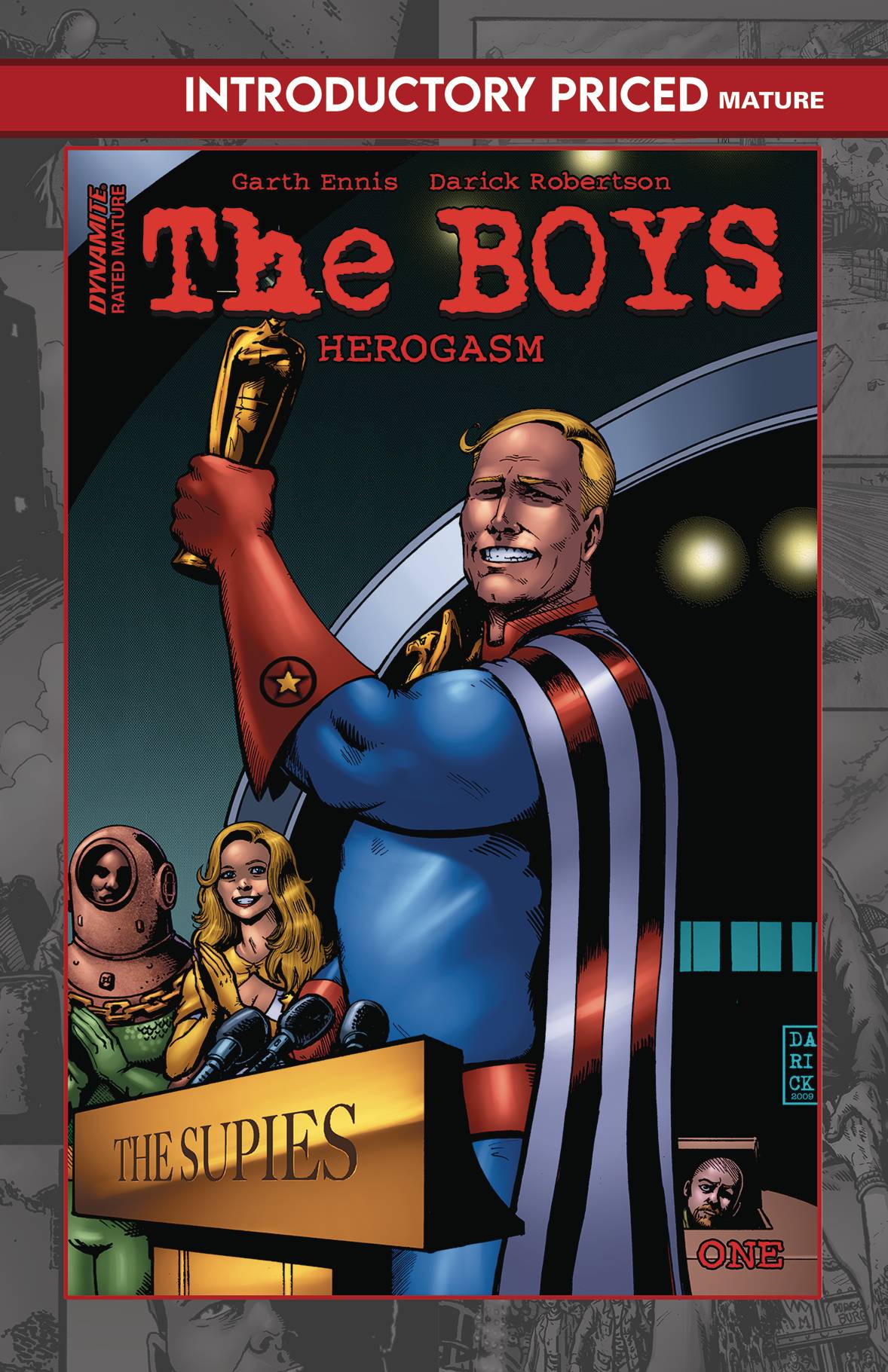 #
FEB220588
(W) Garth Ennis (A) John McCrea (CA) Darick Robertson
An evil so profound it threatens all mankind... the mightiest heroes on the planet uniting to defend us all... a secret crisis of such utter finality that a countdown to civil or infinite war seems unavoidable... but have you ever wondered what really happens during Crossovers? The Seven, Payback, Teenage Kix, Fantastico and every other supe on Earth team up for an annual event like no other... and where the supes go, can a certain "five complications and a dog" be far behind? Vought-American prepare to make their move, in a story that will change the world of the Boys forever: Herogasm #1.
In Shops: May 04, 2022
SRP: $0.50
ORDER WISH LIST