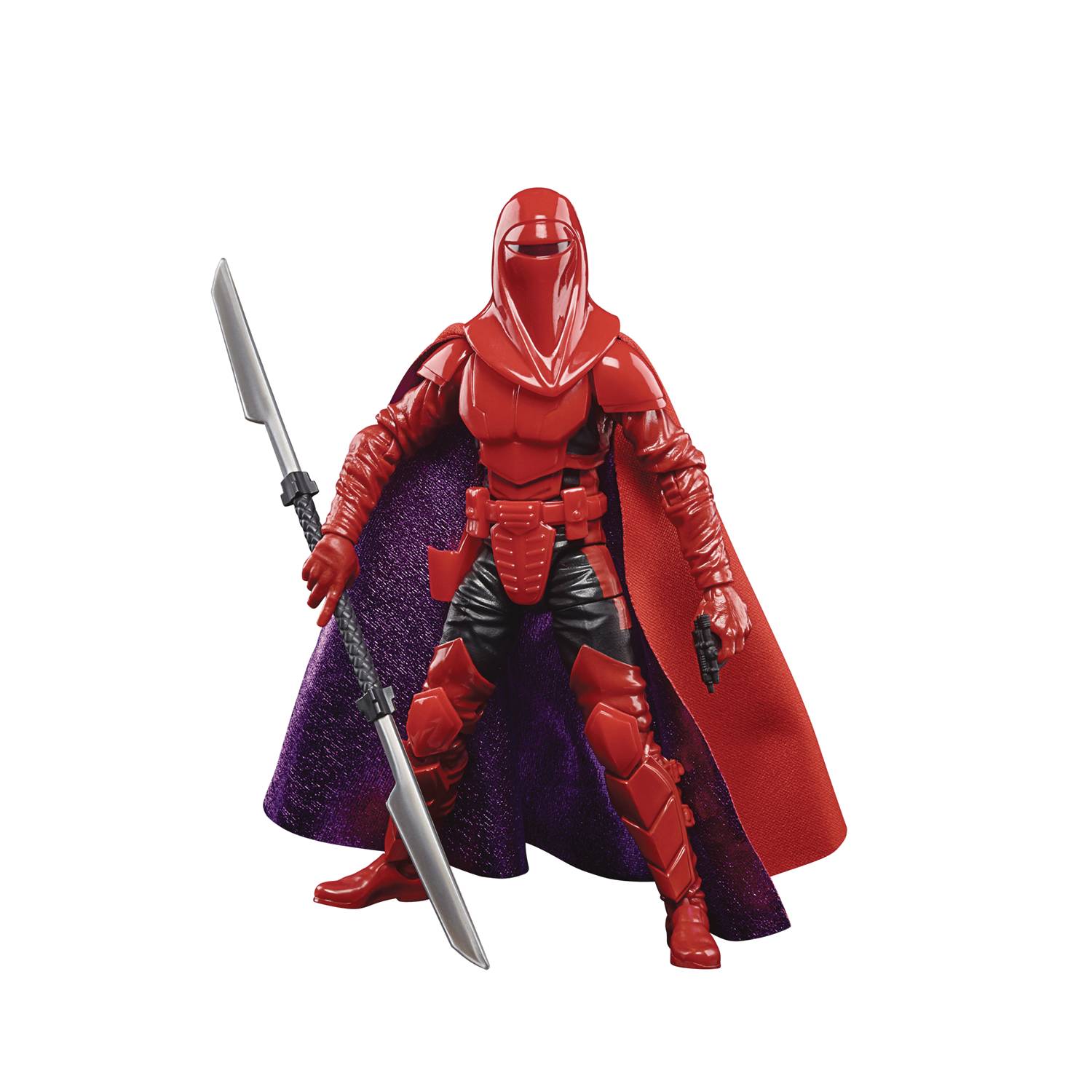 # # # # #
FEB218459
CARNOR JAX: Training himself in the ways of the dark side of the Force, Carnor Jax became one of the most formidable members of the Imperial Guard. He betrayed his brotherhood by usurping the Imperial throne
LUCASFILM 50TH ANNIVERSARY FIGURE: Commemorate the first 50 years of Lucasfilm with figures inspired by Star Wars books and comics (Each sold separately. Subject to availability)
ENTERTAINMENT-BASED CHARACTER-INSPIRED ACCESSORY: This Star Wars The Black Series action figure comes with a detachable entertainment-inspired accessory that makes a great addition to any Star Wars collection
PREMIUM DESIGN AND ARTICULATION: Star Wars fans can display this fully articulated figure featuring poseable head, arms, and legs, as well as premium deco, in their action figure and vehicle collection
LOOK FOR OTHER FIGURES FROM A GALAXY FAR, FAR AWAY: Look for movie- and entertainment-inspired Star Wars The Black Series figures to build a Star Wars Galaxy (Each sold separately. Subject to availability)
In Shops: May 05, 2021
SRP: $149.94
ORDER WISH LIST