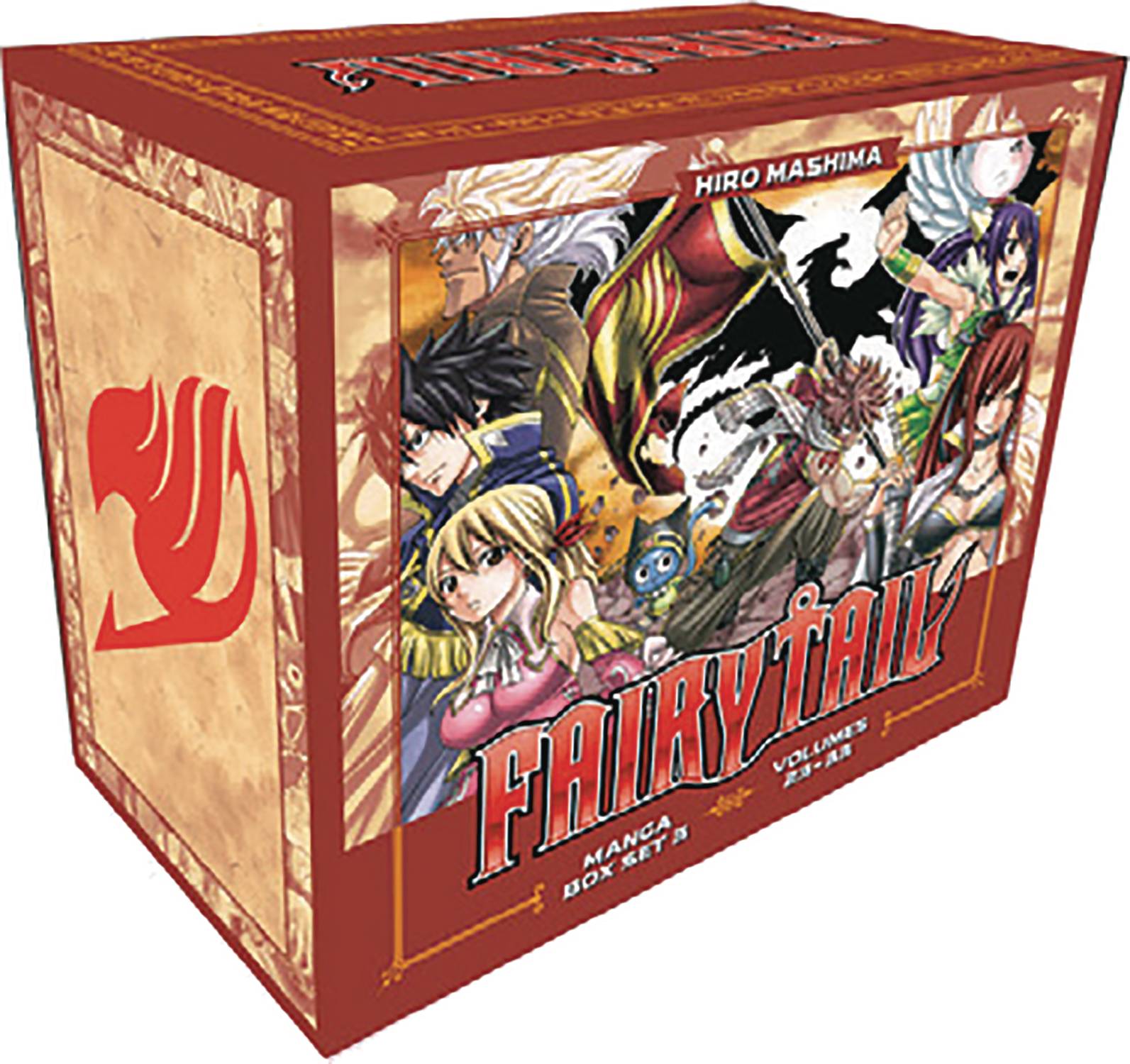 #
FEB211669
(W) Hiro Mashima (A/CA) Atsuo Ueda
Your instant Fairy Tail manga collection! Stylish box includes Vol. 34-43 -- ten volumes! -- of the magical shonen adventure that became an anime megahit, plus an exclusive bonus sticker sheet.     Lucy is a young, rebellious celestial wizard with a dream: to join Fairy Tail, the world's most rambunctious and powerful magical guild! When she happens to meet one of Fairy Tail's top wizards, he turns out to be not quite what she expected: a slob traveling with a flying cat. But the promise of adventure is real, and together they escape from pirates and a devious magician! Their next task: to steal a book from the evil wizard-killing Duke Everlue, and outsmart his death trap. Eccentric new friends join along the way in this lushly-drawn modern classic! Fairy Tail was one of the top manga series of the last 10+ years, with millions of dollars in net sales These box sets will collect the entire Fairy Tail series in six sets: three including 11 volumes, three including 10 volumes. Priced to keep them accessible to brick-and-mortar accounts. Each set will include a bonus sticker sheet! Ages 13 and up. "[With] crisp, clean, fast-moving art... Fairy Tail is easily one of my favorite new series of the year." -Comic Book Resources "With dazzling visuals and perfectly timed fights of ever greater intensity, this is as good as action-adventure gets." -Anime News Network
In Shops: Jun 02, 2021
SRP: $109.90
View All Items In This Series
ORDER SUBSCRIBE WISH LIST