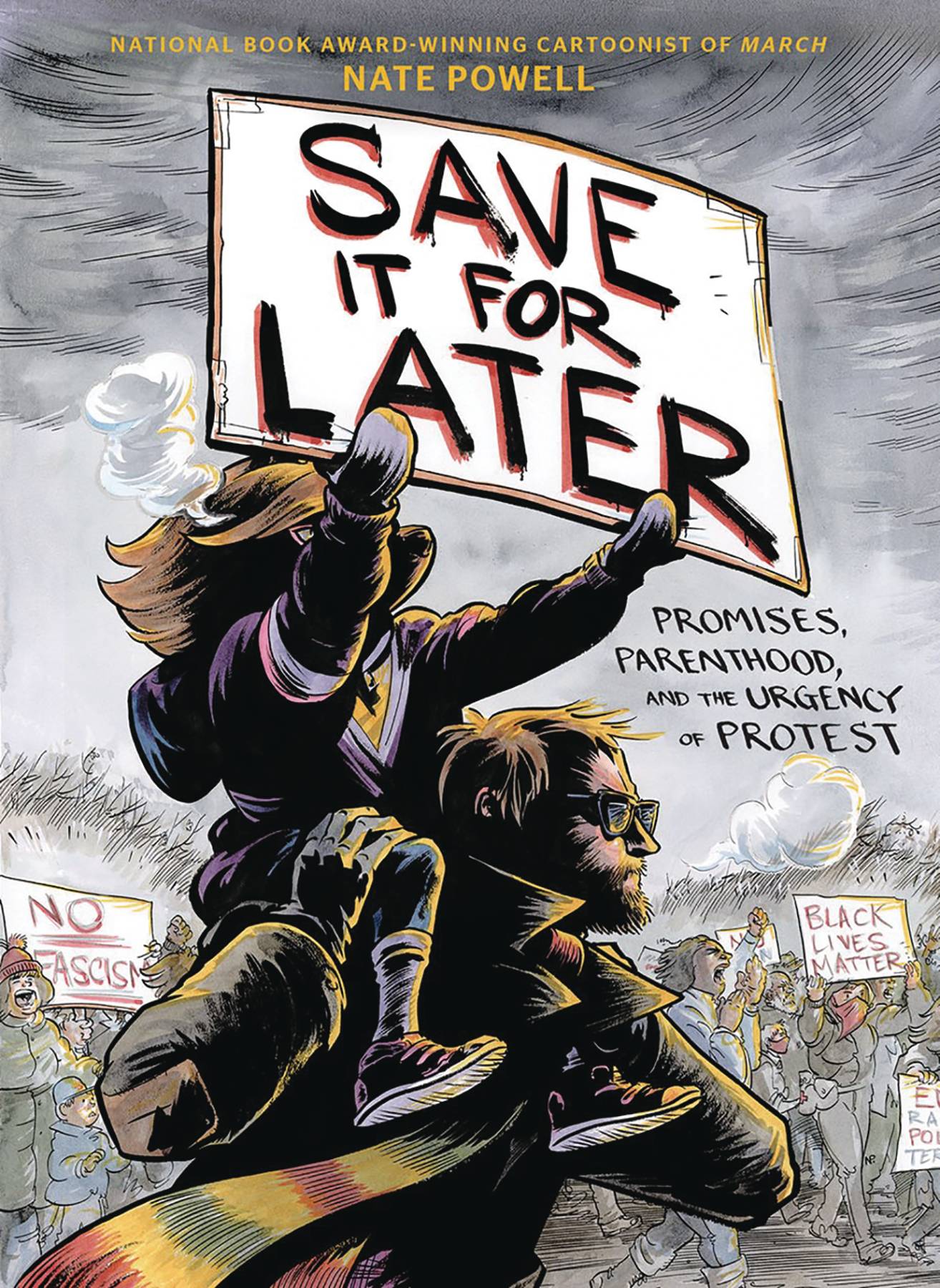 #
FEB210965
In this anthology of seven comics essays, author and graphic novelist Nate Powell addresses living in an era of what he calls "necessary protest." Save It for Later is Powell's reflection on witnessing the collapse of discourse in real time while drawing the award-winning trilogy March, written by Congressman John Lewis and Andrew Aydin, this generation's preeminent historical account of nonviolent revolution in the civil rights movement. Powell highlights both the danger of normalized paramilitary presence symbols in consumer pop culture, and the roles we play individually as we interact with our communities, families, and society at large.
In Shops: Mar 31, 2021
SRP: $24.99