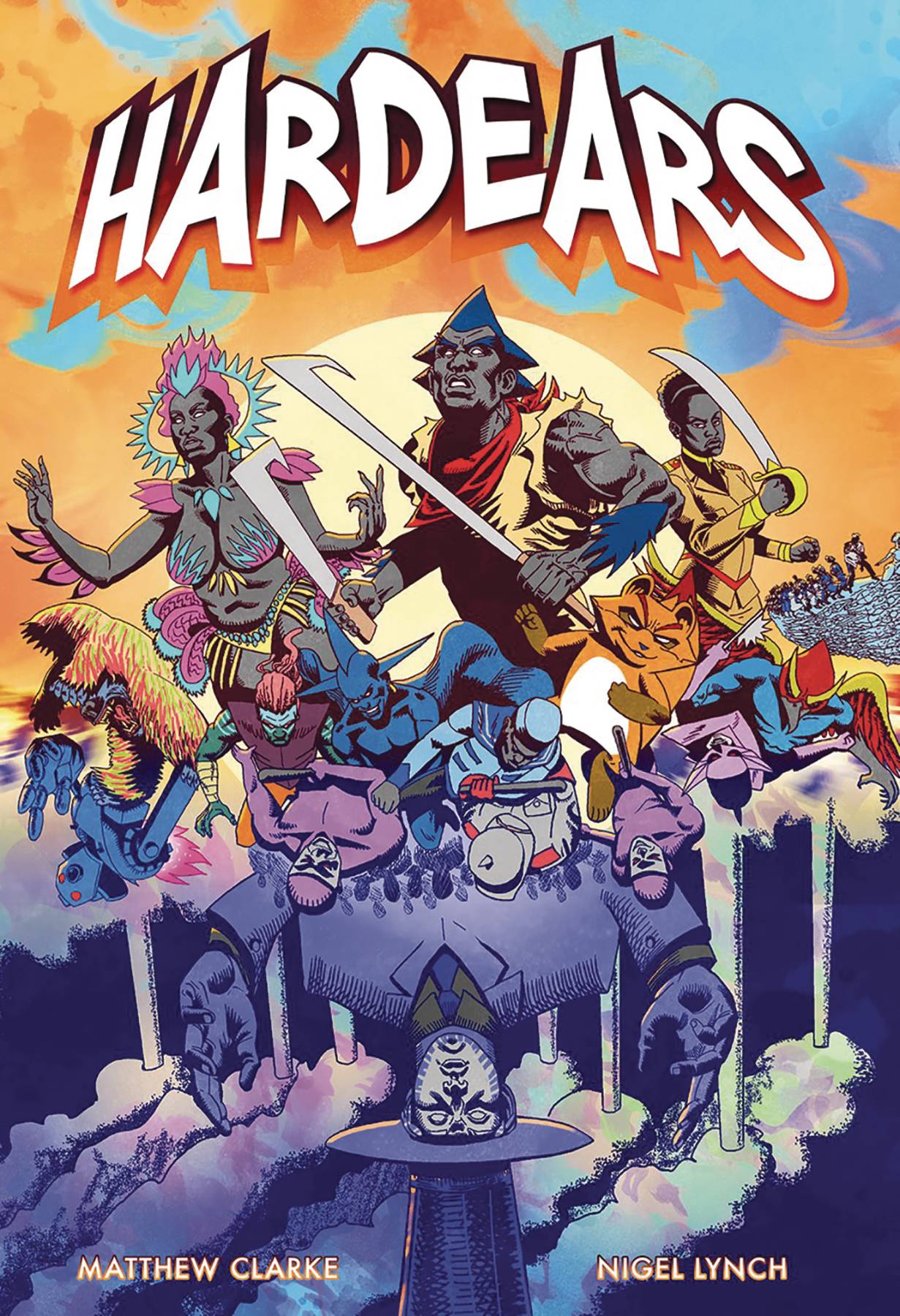 #
FEB210964
(W) Nigel Lynch, Matthew Clarke (A) Cathy Thomas
Hardears is an Afro-Caribbean fantasy-adventure graphic novel. A superstorm of unprecedented strength obliterates the Jouvert Island, leaving it totally defenseless. As the island reels from the devastation, Mr. Harding, the head of the Merchant Guild, charges in and promises to rebuild the economy of the island by creating jobs in his giant corporation. However, Harding is a parasite and is capturing people from the island and using their life essence or vibes to feed his factories. Bolo, a local hero, saves his love Zahrah from Hardin and cronies but the lovers are then framed as rebels against the state. If Bolo, Zahrah, and their allies don't take down Harding and the corrupt government, all will be lost!