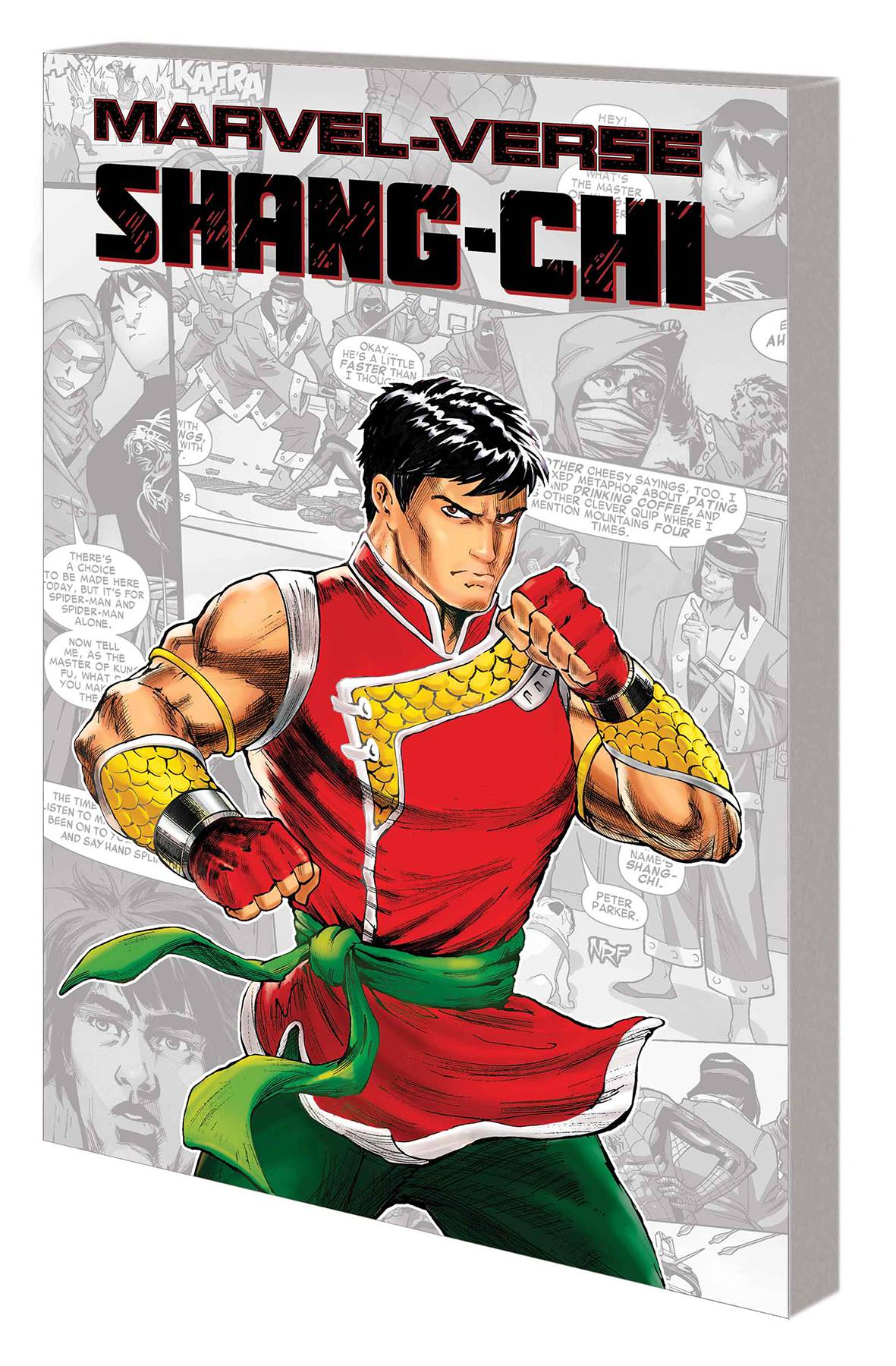 #
FEB210703
(W) Fred Van Lente, More (A) Francis Portela, More (CA) Benjamin Su
Shang-Chi is the Marvel-Verse's martial arts master - and his deadly hands are full in these action-packed adventures! First, Wolverine seeks out Shang-Chi to train him in the skills necessary to defeat the savage Sabretooth! Then, a class at Midtown High leads Shang-Chi into a team-up with Spidey against Midnight and his ninja army - and the wall-crawler asks for Shang-Chi's guidance on learning a little Spider-Fu! Shang-Chi and his monkey pal, Chee, have their day off ruined by the ninjas of the Hand - and the deadly paws, hooves and claws of a small army of kung fu animals! And the legendary hero pits his fists against the lethal blades of Lady Deathstrike! Collecting WOLVERINE: FIRST CLASS #9, MARVEL ADVENTURES SPIDER-MAN (2010) #2, FREE COMIC BOOK DAY 2011 (SPIDER-MAN), MASTER OF KUNG FU (2017) #126 and THE LEGEND OF SHANG-CHI #1.